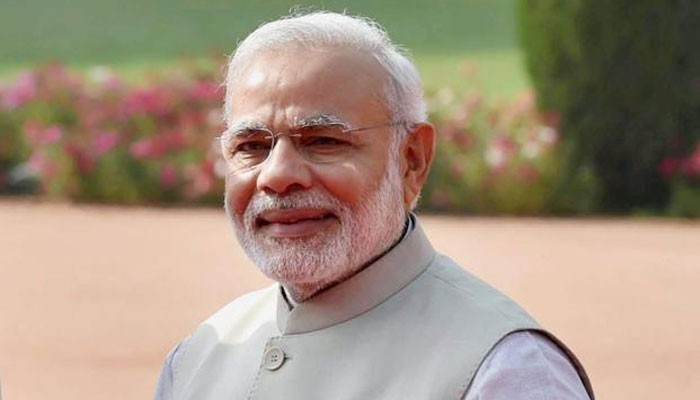 New Delhi, August 19: In the first highest-level interaction after India’s announcement on Jammu and Kashmir, Prime Minister Narendra Modi on Monday held a telephonic conversation with US President Donald Trump, and conveyed that extreme rhetoric and incitement to anti-India violence by certain leaders in the region was not conducive to peace.
Modi’s comments on extreme rhetoric by some regional leaders was an obvious reference to Pakistan Prime Minister Imran Khan, who has been making provocative comments against Modi government and Indian action in the last few days.
The 30-minute conversation between Modi and Trump covered bilateral and regional matters, and was marked by the “warmth and cordiality which characterises the relations between the two leaders”, a Prime Minister’s Office (PMO) release said.
“In the context of the regional situation, the prime minister stated that extreme rhetoric and incitement to anti-India violence by certain leaders in the region was not conducive to peace,” it said.
The conversation between Modi and Trump took place two days after the US President asked Khan to resolve the Kashmir issue with India bilaterally during a telephonic conversation.
Continuing with his tirade against India over the Kashmir issue, Khan on Sunday had called the Indian government “fascist” and “supremacist”, alleging that it poses a threat to Pakistan as well as to the minorities in India.
He also said the world must also seriously consider the safety and security of India’s nuclear arsenal as it impacts not just the region but the world.
Earlier this month, India abrogated Article 370 in the Constitution to withdraw Jammu and Kashmir’s special status and bifurcated it into two Union Territories, evoking strong reactions from Pakistan.
In his telephonic conversation, Modi also highlighted the importance of creating an environment free from terror and violence and eschewing cross-border terrorism without exception, the statement added.
The prime minister reiterated India’s commitment to cooperate with anyone who followed this path, in fighting poverty, illiteracy and disease.
Noting that today marked the 100th year of the Independence of Afghanistan, Modi emphasised India’s “longstanding and unwavering” commitment to work for “united, secure, democratic and truly independent Afghanistan”.
During the conversation, Modi also referred to his meeting with Trump in Osaka on the margins of G-20 summit in June.
“Referring to their bilateral discussions in Osaka, the Prime Minister expressed the hope that the Commerce Minister of India and the US Trade Representative would meet at an early date to discuss bilateral trade prospects for mutual benefit,” government said.
“The Prime Minister stated that he appreciated remaining in regular touch with President Trump,” it added. (PTI)