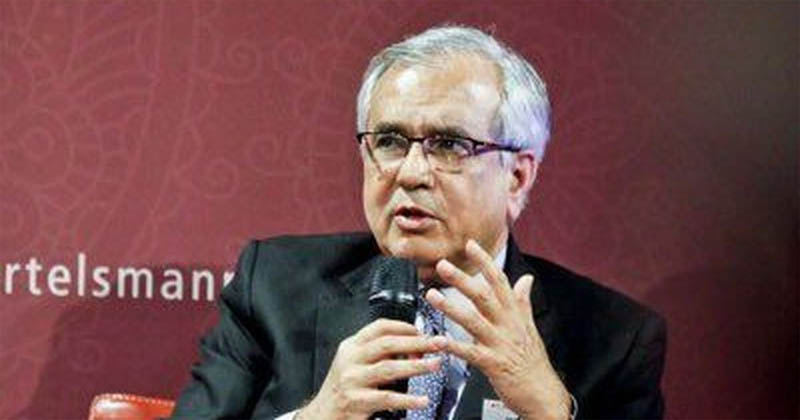 MUMBAI, May 10: Niti Aayog vice-chairman Rajiv Kumar on Friday said Prime Minister Narendra Modi is seeking to replace “the soft, crony and predatory” state with one where the government is accountable and transparent.
The remarks by Kumar, the head of the government think-tank come amid the election campaign, had last month invited a show cause notice from the Election Commission for mounting an attack on the Congress’s election manifesto.
“…he (the Prime Minister) wants to put in place a government which is accountable, which is transparent, and which is efficient; to replace what we have had so far which is a government that is known as a soft state, crony state, predatory state,” Kumar said.
Kumar, who was speaking at the convocation ceremony of the city-based Indian Institute of Population Sciences, did not name the Congress which has governed the country for much of its history.
He said the last five years of the Modi rule saw unprecedented macroeconomic stability through 7% growth, current account deficit under 2.5% and fiscal deficit under 3.5%, which along with structural reforms will help take GDP to over 8% for the next three decades.
In his address, Kumar also exhorted the young students to think like global citizens, and compare us with peers rather than with the country’s past glory.
If we do not undertake a change in the outlook, the country stands the risk of getting trapped in what is referred to as the “middle income trap” by economists, he warned.
Kumar rued the lack of trust when it comes to government and the industry working together in contemporary times, saying an institute like IIPS was set up by Prime Minister Jawaharlal Nehru with the help from the Tatas, who donated land for the body.
“If we in the government are seen working with the industry, we are not seen in good light…I miss the trust in the society,” he said.
He asked the demographers to work on challenges, including getting the exact reasons behind declining female participation in labour force, implication of migration and how it can be avoided and widely prevalent malnourishment. (PTI)