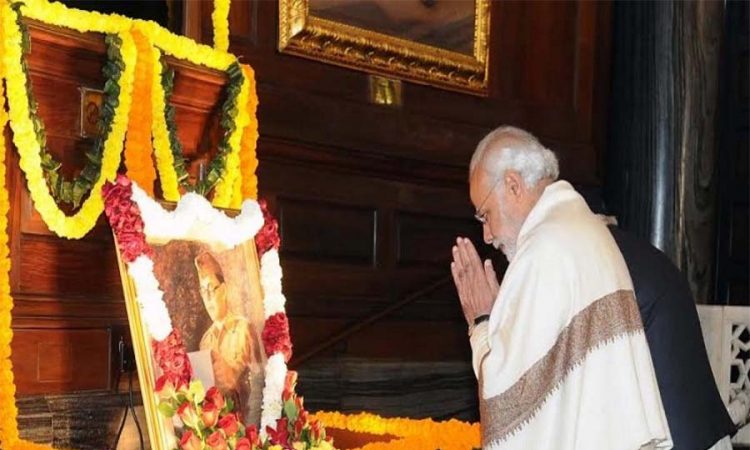 New Delhi, January 22: A day ahead of Subhash Chandra Bose’s 125th birth anniversary, Prime Minister Narendra Modi on Friday paid rich tributes to the preeminent freedom fighter and wished his thoughts and ideals inspire a strong, confident and self-reliant India that he would be proud of.

In a series of tweets, Modi recalled the association of Netaji, as he is fondly known, with Haripura in Gujarat and urged people to watch a special programme being held there on Saturday afternoon.
He noted that it was at the historic Haripura session of 1938 that Bose was elected Congress president.
“On the eve of Netaji Bose’s Jayanti, my mind goes back to 23rd January 2009- the day we launched e-Gram Vishwagram Project from Haripura. This initiative revolutionised Gujarat’s IT infrastructure and took the fruits of technology to the poor, in the remotest parts of the state,” Modi said.
Modi said he can never forget the affection of the people of Haripura who took him through an elaborate procession on the same road as Bose was taken in 1938.
Bose’s procession included a decorated chariot drawn by 51 bullocks, the prime minister noted.
“May the thoughts and ideals of Netaji Subhas Chandra Bose keep inspiring us to work towards building an India that he would be proud of a strong, confident and self-reliant India, whose human-centric approach contributes to a better planet in the years to come,” he said.
Modi will be in West Bengal on Saturday to address ‘Parakram Diwas’ celebrations in Kolkata to commemorate Bose’s birth anniversary.
Bose conjures deep emotional connect in his home state where both the ruling Trinamool Congress and the BJP are pulling out all the stops to associate themselves with his legacy ahead of the assembly polls there. (PTI)