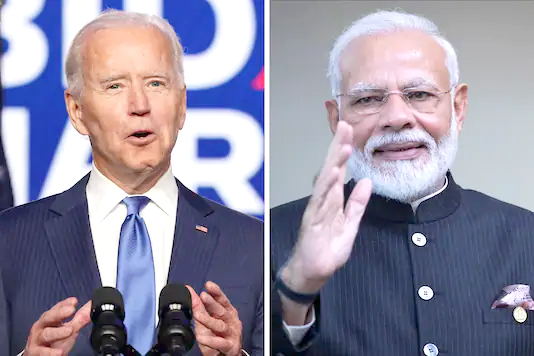 New Delhi, November 8: Congratulating US President-elect Joe Biden on his poll victory, BJP leaders on Sunday said Indo-US relations are based on the principles of democracy, and Prime Minister Narendra Modi and Biden will take the ties forward to the next level.
BJP leader Ram Madhav said the people of America have made their choice and now it is for the rest of the world to welcome their decision and congratulate their leadership.
“The US and India stand on a strong bipartisan bilateral relationship based on the principles of democracy, mutual benefits and global peace. I am sure under the new leadership of Biden-Harris, US-India ties will continue to progress as strong as they have been,” he told PTI.
Modi and Biden knew each other well from the days of the Obama administration, Madhav said, while pointing out that the latter was instrumental in holding an event of the prime minister at New York’s Madison Square on his first trip to the United States since being elected to the top post.
“I am sure the two leaders will take this relationship forward,” he said.
Madhav described the election of Kamala Harris to the post of US vice-president as an indication of the vibrancy of the American democracy and said she deserves special congratulations.
Echoing similar sentiments, Bharatiya Janata Party (BJP) spokesperson Rajeev Chandrasekhar said Modi and Biden will take the vibrant Indo-US ties to the next level.
The party congratulates Biden and Harris and looks forward to further strengthening of the Indo-US ties, as this partnership between the two countries is the future of democracy in the global political order, he said. (PTI)