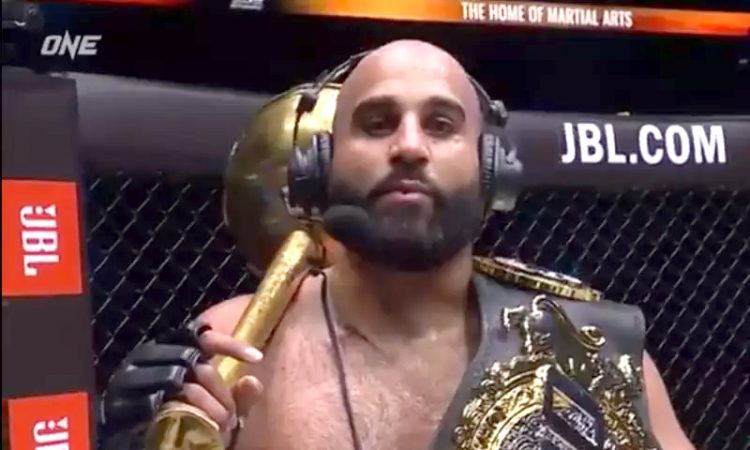 CHANDIGARH, May 15: India’s latest Mixed Martial Arts (MMA) sensation Ritu Phogat’s unbeaten run came to an end after narrowly going down to Vietnamese-American fighter Bi Nguyen, but it was 2010 Commonwealth Games gold medallist wrestler Arjan Bhullar, who grabbed the limelight by clinching the world heavyweight title in Singapore on Saturday.

Bhullar, who had a 10-1 record in the MMA so far, outclassed reigning world heavyweight champion Brendon Vera at the Singapore Indoor Stadium to bag the title.
In the women’s atomweight contest, perennial contender Bi Nguyen took home a hard-earned victory over Indian wrestler-turned MMA fighter Ritu, winning by razor-thin split decision after three close rounds.
Dejected at her first loss in her brief two-year MMA career, Ritu accepted the decision with full grace, while assuring her fans of bouncing back strongly in the next bout.
“Didn’t think I lost the match but I respect the decision…Am blessed after getting a huge support around my country and around the world after today’s match… thank you everyone…Win and loss is part of the game, next time I will work harder..God bless all..stay safe,” Ritu tweeted after her first loss in five MMA bouts till date.
Meanwhile, Bhullar dethroned longtime heavyweight king Brandon Vera to capture the ONE heavyweight world title. Bhullar cautiously approached Vera in the first round, looking to string together combinations to set up a takedown.
Bhullar stifled Vera with feints and strikes, freezing the Filipino-American on his feet and making him hesitant to engage. He took Vera down towards the end of the opening frame and controlled him on the mat.
In the second round, Bhullar capitalized on his feints by catching Vera with an overhand right that sent him reeling toward the Circle Wall. A few more right hands compounded the damage, and a debilitating body shot had Vera gasping for air. Once Bhullar was able to close the distance and latch onto the defending world champion with a body lock, it signalled the beginning of the end. Bhullar brought Vera to the mat and pounded him out for the technical knockout victory.

In another bout involving an all-Indian fight of the Catchweight category (65kg), veteran Gurdarshan Mangat overcame a spirited effort from rising star and compatriot Roshan Mainam to win by unanimous decision. (TNN)