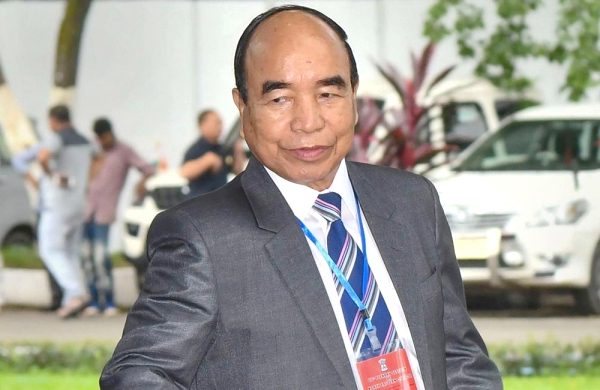 Aizawl, April 7: Mizoram Chief Minister Zoramthanga on Wednesday said helping people who are affected by drugs and alcohol abuse was one of the topmost priorities of his government.

Inaugurating a de-addiction cum rehabilitation centre at Sethawn in Kolasib district about 64 km from Aizawl on Wednesday, Zoramthanga said that the government has been making massive efforts to curb drug and alcohol abuse in the state.
He said that under the state’s flagship programme – Socio-Economic and Development Policy (SEDP) Rs 10 crore has been allocated to fight the drug menace and for rehabilitation of drug-affected people during fiscal 2019-2020.
However, measures could not be expedited due to several hurdles, he said.
The chief minister said that drug-affected people would be provided spiritual counselling and sports amenities in the new centre, which will be upgraded in the future to enable outsiders to avail the facility.
He said giving treatment, imparting skill-based training and delivering the drug affected people from their bondage, are among the primary objectives of the centre.
Zoramthanga was accompanied by social welfare minister Dr K Beichhua.
According to officials, the newly opened centre known as ‘Jordan Centre’ was renovated and reconstructed by the present government to accommodate at least 1,000 inmates.
The state government has allocated Rs 9.20 crore for the purpose. Besides, the Central government has approved Rs 15.46 crore for renovation and upgrade of the centre, of which Rs 7.73 crore was released as the first instalment under the National Action Plan for Drug Demand Reduction (NAPDDR) scheme in March 2020, officials said.
The main objective of ‘Jordan centre’ is whole-person recovery where physical treatment, spiritual counselling and gospel crusade will be provided to the inmates.
Detoxification and rehabilitation programme will also be implemented in the centre. (PTI)