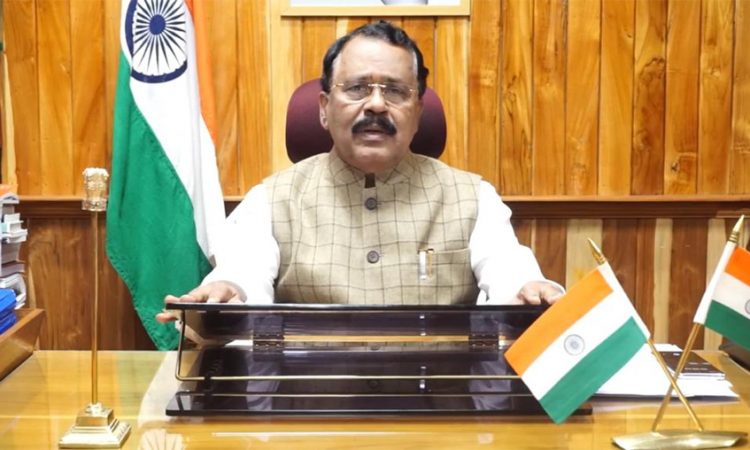 Aizawl, December 6: Mizoram Governor P S Sreedharan Pillai on Sunday hailed the armed forces and paid rich tribute to the valiant heroes, who sacrificed their lives in serving the country.

On the eve of Armed Forces Flag Day, Pillai said that service personnel are the true protectors of our land, sea and air frontiers, who relentlessly carry out their duties under the harshest of climate – the scorching heat and freezing cool, hunger and thirst.
“The Armed Forces Flag Day reminds us of the debt we owe to the many gallant men and women of the three services Army, Navy and Air Force who laid down their lives in defence of the motherland,” he said, adding that the contribution of military forces to people has been immense.
Pillai also hailed the people of Mizoram for their contribution to the unity, integrity and sovereignty of the country.
He said that at least three former chief ministers of the state were in the defence service and paid respect to them.
The governor said that the purpose of the Armed Forces Flag Day is “to renew our solidarity with the service personnel, to salute the veterans and the brave, and to honour the valiant heroes who sacrificed their lives for the people”.
Since 1949, the Armed Forces Flag Day is observed every year on December 7 throughout the country to honour the men in uniform, who have been fighting valiantly to protect the country from the enemies at the border and hinterland.
The purpose of the observance of the day is also intended for resettlement and welfare of ex-servicemen, serving personnel and their families.
A fund collection drive is being launched throughout the state in view of the Armed Forces Flag Day, Pillai said.
He appealed to all members of society to donate generously for the welfare of the service personnel. (PTI)