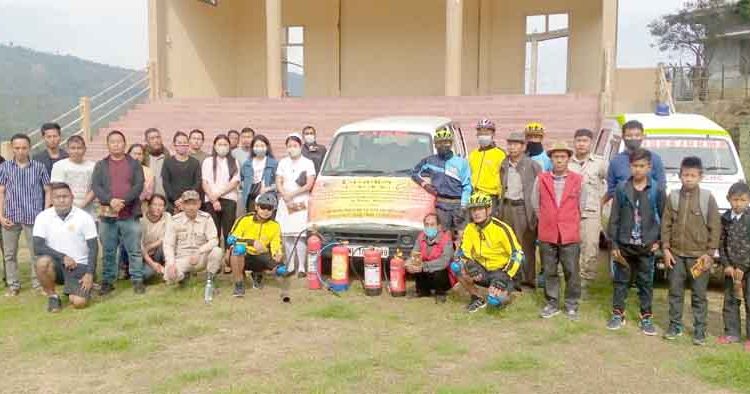 Participants of "Cyclothon" with others on their stoppage at Chunlikha on April 15.