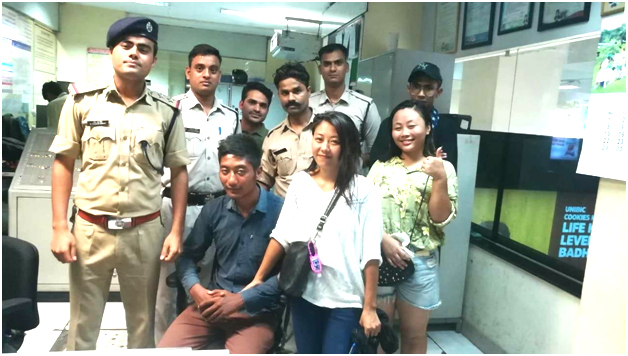 Dimapur, July 30: Twenty-five year old Vanba Kupongho Phom, who had gone missing since July 20 in Gurugram was found Sunday evening at Huda City Metro Station, Gurugram by some police personnel.
According to reports, the missing youth was recognized by an off duty personnel working at the Metro Station after which the Delhi Eastern Naga Union and Naga Students Union Delhi were alerted.
The NSUD & DENSU informed that he was found in a very poor condition, as he was famished for more than 4-5 days.
Vangba disclosed that he had a misunderstanding with his roommate and he was not happy so he ran away, and being new to the city is unaware of where he had been exactly for more than 8 days.
The leaders also informed that Vangba had taken only one meal since the evening he had gone missing. Since he was not in a condition to talk no official statement was taken yesterday.
After DENSU and NSUD received him from the personnel, Vangba was taken to Nagaland House, Delhi. Robin Hibu IPS Delhi, said, “He is thankful for the Gurgaon Helping Hands volunteers led by Abel. I will officially reward the volunteers for selfless and tiring search for day and nights in Delhi and Gurgaon.”
(Page News Service)