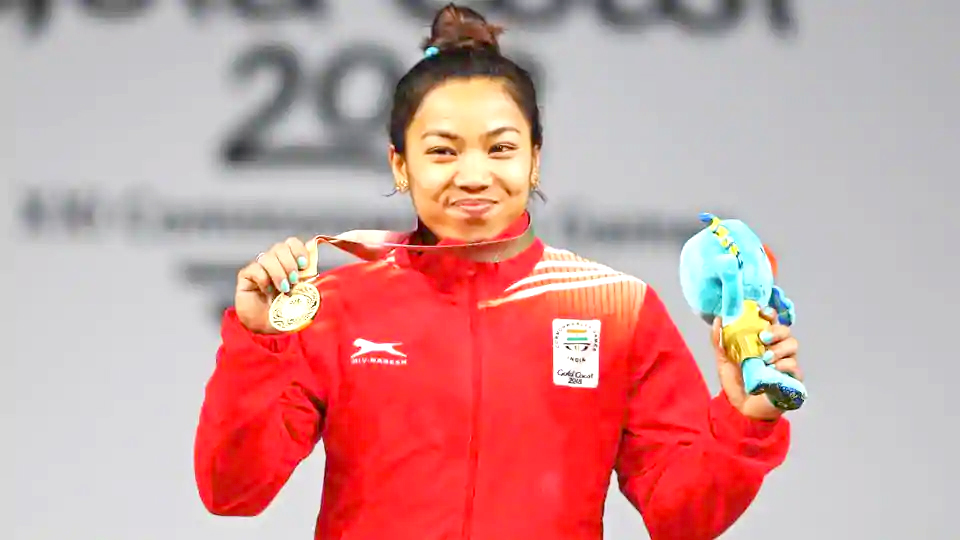 New Delhi, February 12: She made a successful comeback after an injury lay-off, but India’s top weightlifter Mirabai Chanu realises that she needs to improve her performance by a few notches if she wants to claim gold at the Tokyo Olympics.
Mirabai, a 2017 World Championships gold medallist (in 48kg) was laid low due to a lower back injury that kept her out for eight months, claimed gold at the EGAT Cup in Thailand last week in her new 49 kg category. She finished on top with an effort of 192 kg.
But Mirabai knows only too well that she will have to go way beyond the 200kg mark sooner than later so that she can compete with the best in the world in her new weight category.
“With the increase of 1kg from 48 to 49, all the weightlifters will now try to increase their total lift. Moreover, some lifters, who were competing in 53kg earlier will now come down to 49kg. So, the competition will be tougher now,” Mirabai said in an interview.
“I am doing 199-200kg during training and I am confident of going past 200kg in the actual competitions in the next few months. My aim is to touch 210kg before the Tokyo Olympics, which will be the world record. It will not be easy but my target is to do that and I will have to work harder than before,” she added.
It will not be easy for the 24-year-old Manipuri to improve 10kg in one and a half years. Her personal best in 48kg is 196kg, which she lifted while winning gold at the Gold Coast Commonwealth Games last year. She had won the 2017 World Championships gold (in 48kg) with a total lift of 194kg.
Last year, the International Weightlifting Federation (IWF) rejigged the weight categories for both men and women in the Olympics and other global events. The least Olympic weight in the women’s category has been changed to 49kg from earlier 48kg. (PTI)

IPL 2021 Schedule: Mumbai Indians to face off against Chennai Super Kings on September 19