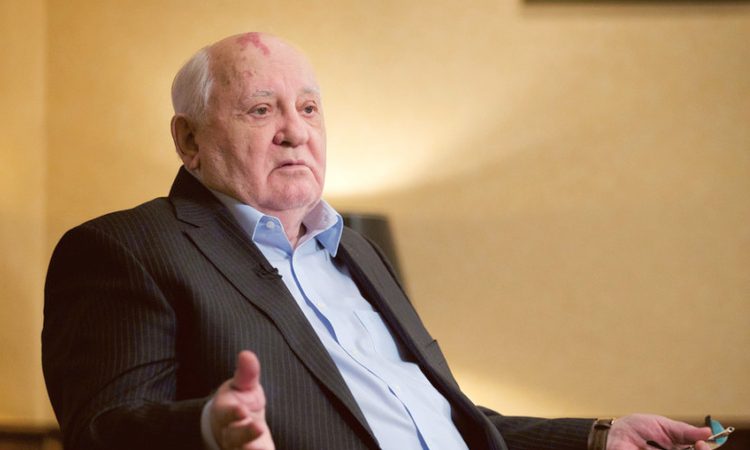 MOSCOW, March 2: Mikhail Gorbachev, the historic reformer who presided over the collapse of the Soviet Union, marked his 90th birthday in quarantine Tuesday and like everyone else is “tired” of virus restrictions, his spokesman said.
Congratulations poured in from around the world, with Russian President Vladimir Putin, US leader Joe Biden and German Chancellor Angela Merkel all sending their best wishes, Gorbachev’s spokesman said.

“He is in quarantine in hospital for the duration of the pandemic,” Vladimir Polyakov, spokesman for the Gorbachev Foundation, told AFP.
“He is tired of this, like the rest of us,” Polyakov said.
Gorbachev, who will mark the day with family and friends, received a “heap” of messages from around the world, Polyakov said.
He added that Gorbachev would talk to his family and friends in a socially-distanced setting, possibly by video link. “We’ve set everything up,” Polyakov added.
In his message earlier Tuesday, Putin said Gorbachev was an “outstanding” politician who helped change world history.
“You rightly belong to a series of bright and outstanding people, distinguished statesmen of the modern age who have significantly influenced the course of domestic and world history,” the Russian president said in the message released by the Kremlin.
He praised Gorbachev’s “energy and creative potential”, noting the former Soviet leader remained involved in humanitarian and other projects.
Putin and Gorbachev have had a complicated relationship. Over the years Gorbachev alternated between subtle criticism of the former KGB officer and praising him as Russia’s chance for stable development.
Putin dismantled much of what the Soviet leader worked to achieve in terms of guaranteeing liberties in Russia such as freedom of assembly and free speech.
The current president famously said that the Soviet collapse was “the greatest geo-political catastrophe of the century”.
Polyakov said that while in isolation, Gorbachev kept working.
“He’s editing books and articles,” he added. (AFP)