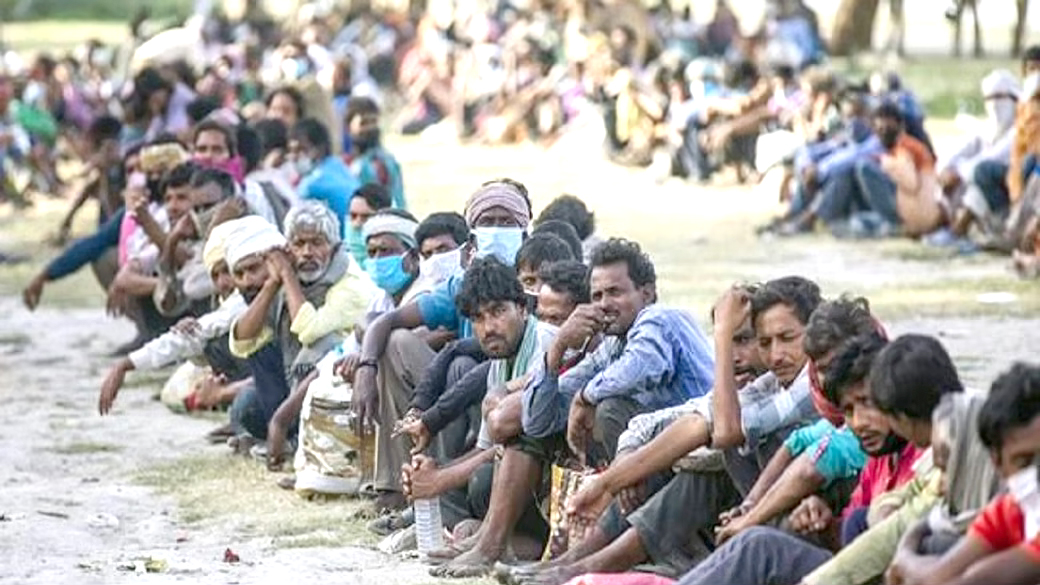 NEW DELHI, SEPTEMBER 16: A research group has compiled what the Government of India did not: the deaths of nearly a thousand migrant labourers while returning home during the lockdown and job losses for an estimated two-thirds of the migrants.
The question does not arise because no data of people dying on the way are kept, the Centre had replied in Parliament on Monday, asked whether any compensation was given to the families of migrant workers who had died.
But the Stranded Workers Action Network (SWAN) on Tuesday said 972 deaths had been counted among migrant workers till July 4 during the course of the various lockdowns.
“These are reported deaths. The onus lies with the Government to verify these deaths and give compensation. The Government may differ on the nature of deaths but it is unfair to brush aside the deaths saying there are no data. They are poor people whose families must be paid compensation immediately,” said Anindita Adhikari, a SWAN volunteer.
SWAN is an organisation of researchers who have conducted a telephone survey of workers and the problems they are facing and also tracked similar reviews by multiple institutions.
SWAN has made the calculations based on data curated by Thejesh GN, a public database of reported deaths of migrant workers due to starvation, exhaustion, accident, lack of medical care, suicide and effects of alcohol withdrawal during the lockdown.
According to the data provided by SWAN, 216 migrants died of starvation and financial distress, 209 due to road or train accidents, 133 committed suicide, 96 persons died aboard Shramik Special trains and 77 died due to lack of medical care. As many as 49 deaths were reported at quarantine centres, 49 deaths were attributed to alcohol withdrawal and another 48 to exhaustion.
As many as 30 deaths were attributed to police brutality and lockdown-associated crimes while the remaining 65 deaths are unclassified.
There could be many more cases that went undocumented, Adhikari said.
About compensation, the SWAN report referred to a tweet by Prime Minister Narendra Modi on May 16 about an ex-gratia amount of Rs 2 lakh to be paid from the Prime Minister’s National Relief Fund to the next of kin of each of the migrants who died in an accident at Auraiya in Uttar Pradesh.
The Government has not made any public statement on whether the compensation has been paid, according to SWAN.
The Railways have not announced compensation for those who died, mainly from exhaustion, during the long and arduous journeys back home in trains.
On job loss, the SWAN document refers to different sample surveys, including the organisation’s own telephone survey, all of which have data collected in April, May and June.
According to Action Aid India’s report titled “Workers in the time of COVID-19”, which surveyed 11,537 people from 21 states, over three-fourths had lost their livelihood since the lockdown began on March 25 and close to half had received no wages during the lockdown. Five out of 5 respondents said they got inadequate food during the lockdown.
According to the Centre for Sustainable Employment, Azim Premji University, which surveyed 5,000 workers from 12 states, two-thirds had lost their jobs. Nearly 90% of the urban self-employed among those surveyed lost jobs and 91% of Below Poverty Line households were left with no work. Similarly, 67% of the respondents did not receive the Rs 500 a month for 3 months that the Government had promised under the Jan-Dhan Yojana.
An overwhelming majority of farmers could either not sell their produce or had to sell at lower prices and about 80% households had reduced food intake, according to the survey.
According to the SWAN survey of 36,343 people from 25 states, only 4% got paid during the lockdown. About 64% had less than Rs 100 when the organisation got in touch with them. About 82% had not received rations during the lockdown, 72% had less than 2 days of rations left and 64% had not received cooked food. (PTI)