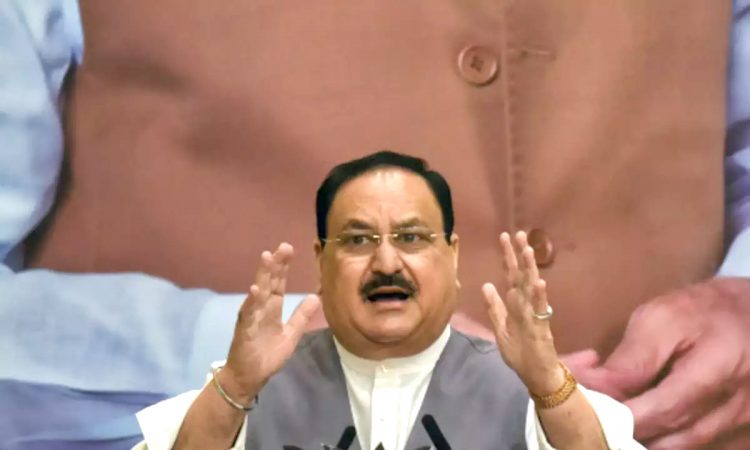 New Delhi, October 22: BJP president J P Nadda said on Thursday that middlemen and not farmers are behind the agitation against farm laws in Punjab while asserting that the Narendra Modi government has freed peasants from the “slavery” of selling their produce to predesignated markets and traders.
Addressing a group of farmers from Delhi and nearby villages at the BJP headquarters here, Nadda also took a swipe at West Bengal Chief Minister Mamata Banerjee for not implementing in her state the Center’s scheme to deposit Rs 6,000 into every farmer’s account under the ‘Kisan Samman Nidhi Yojana’.
She has been creating hurdles in farmers’ development, but this will not go on for long, he said and stressed that the BJP will come to power in the state next year and implement the scheme.
The assembly polls in West Bengal are due in the first half of the next year.
Lauding the Modi government for its pro-farmers measures, he said the Congress only spoke of waiving farmers’ loan and that did not amount to more than Rs 54,000-55,000 crore in the 10 years of the UPA rule.
But the BJP-led NDA government has so far deposited over Rs 92,000 crore directly in the bank accounts of over 10 crore farmers, Nadda said, adding that by enacting three farm reform laws, the Modi government has unshackled farmers who can now sell their produce anywhere.
The BJP chief alleged that the opposition parties have been trying to mislead farmers and said PM Modi has worked to implement a number of measures that he had promised, including paying farmers 1.5 times of their input cost by hiking minimum support price. (PTI)