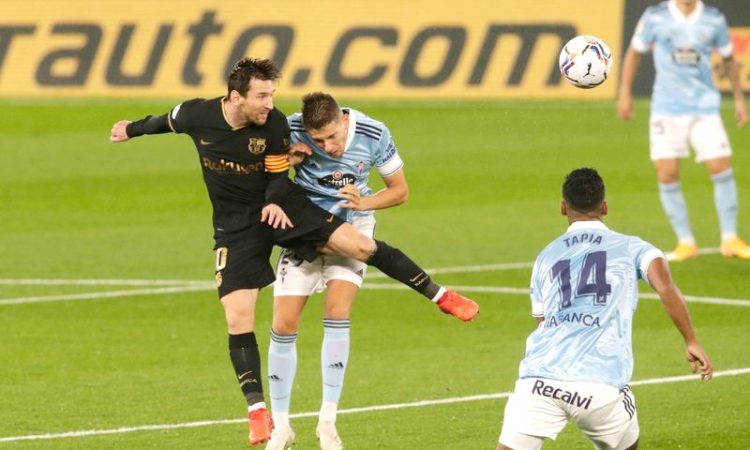 VIGO (Spain), October 2: Barcelona defender Sergi Roberto praised his captain Lionel Messi for a sensational display in his side’s 3-0 win away to Celta Vigo in La Liga on Thursday, as the Argentinean further demonstrated he has put his troubles with the club behind him.
After Ansu Fati had opened the scoring, Messi helped double Barca’s advantage early in the second half with an unstoppable run down the right hand side of the area and a shot that bounced off Celta’s Lucas Olaza and into the net for an own goal.
Messi later had a strike ruled out narrowly for offside and then created Barca’s third goal in added time, dancing through Celta’s defence and firing a shot at goal which keeper Ivan Villar parried, leaving Sergi Roberto to score on the rebound.
“Leo is so fired up right now,” Sergi Roberto said. “He ran so much today and played out of his skin for the team.”
Messi has sought to draw a line under his efforts to leave the club over the summer as well as his vociferous criticism of president Josep Maria Bartomeu, saying in a recent interview that the time had come for everyone at the club to pull together.
He backed up his words with a tireless display against Celta, leading the team’s attacks as well as running himself into the ground to help them cope with having Clement Lenglet sent off in the first half.
“We’re so happy that Leo is still with us and the fact he is so motivated is a huge boost for us,” added Sergi Roberto.
Coach Ronald Koeman also pointed to Messi’s willingness to sacrifice himself, adding: “Messi worked very hard off the ball tonight which was very important for us tonight.” (Reuters)