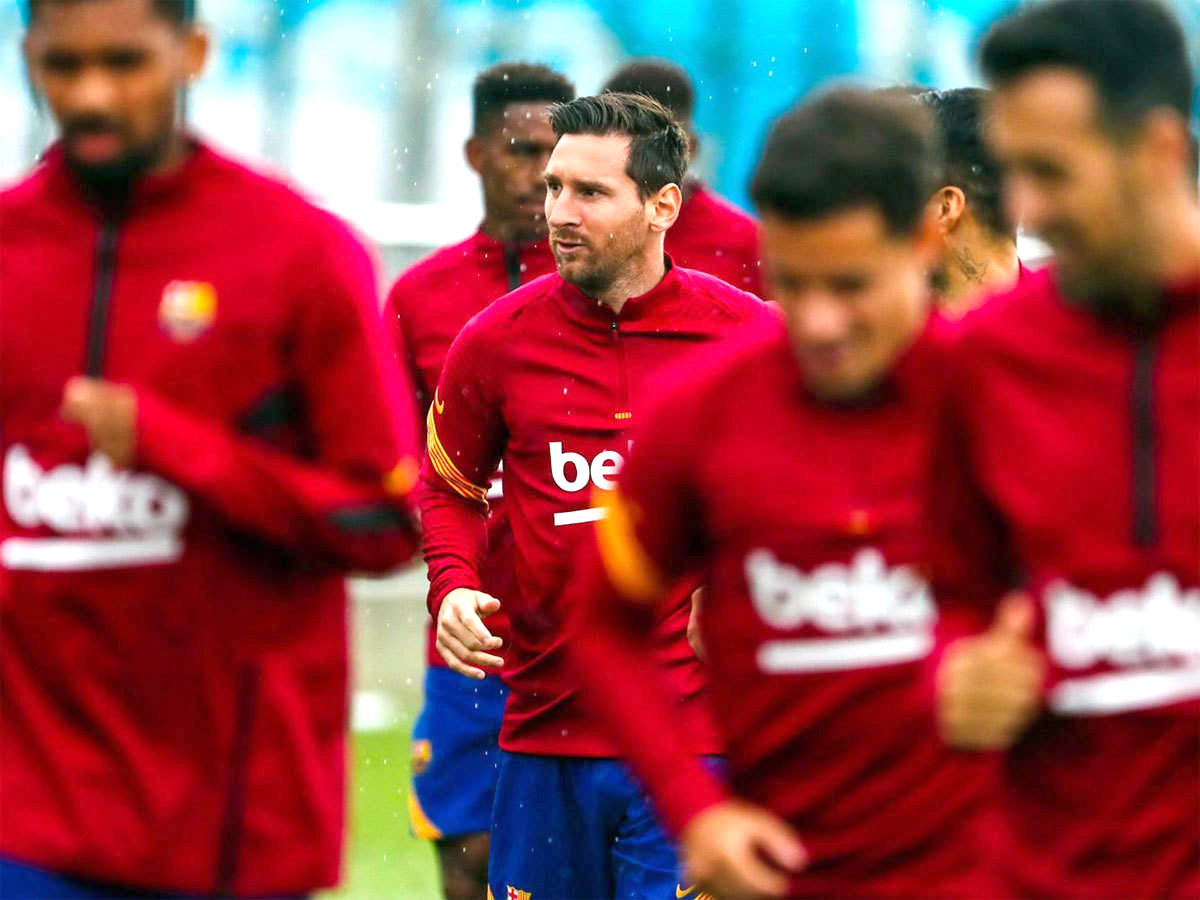 BARCELONA, September 9: Lionel Messi rejoined the rest of his Barcelona teammates at practice on Wednesday.
Messi had been practicing separately from the group since returning to the club on Monday. He had not been with the squad since announcing he wanted to leave and then deciding to stay to avoid a legal dispute with Barcelona.
He needed to pass two coronavirus tests before he could practice with the rest of the squad under incoming coach Ronald Koeman.
Also back with the group was Philippe Coutinho, who also had been practicing separately. Players who had been with their national teams for Nations League matches also returned, including Frenkie de Jong, Ansu Fati and Sergio Busquets.
Barcelona said that defender Samuel Umtiti has been cleared by doctors after recovering from COVID-19.
Luis Suarez and Arturo Vidal, who like Umtiti are not in Koeman’s plans for the season, also have been practicing normally.
The club has scheduled a friendly against third-division club Nastic for Saturday.
Barcelona had its first two Spanish league games postponed because it played in the later stages of the Champions League. The team’s league debut will be against Villarreal at the Camp Nou at the end of the month. (AP)