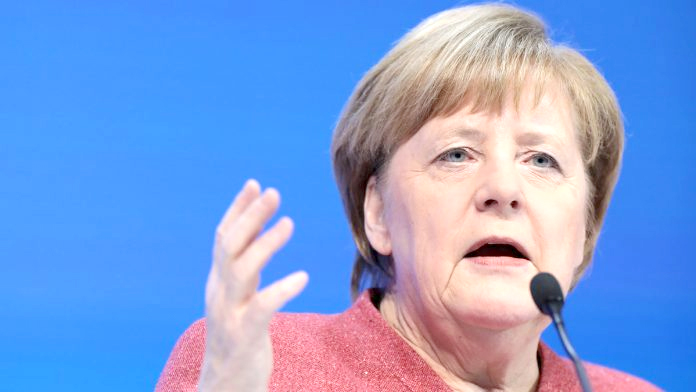 BERLIN, February 25: German chancellor Angela Merkel has warned of a third wave of Covid-19 if the country fumbles at its reopening from lockdown.

“We have to proceed wisely and carefully now so that a third wave does not necessitate a new complete shutdown throughout Germany,” Merkel said in an interview with the Frankfurter Allgemeine Zeitung newspaper, as reported by CNN.
Merkel warned against opening the country too fast as the variant found in the United Kingdom, which is believed to be more transmissible than the original virus strain, is spreading in Germany.
The German agency for disease control and prevention, the Robert Koch Institute (RKI), recorded an additional 11,869 cases in the last twenty-four hours in the country, bringing the total for the pandemic to 2,414,687, CNN reported. The deaths from the virus across the country stand at 69,125.
The incidence rate remains the same with 61.7 cases per 100,000 inhabitants, according to the RKI. The goal is to get the incidence rate to 35 per 100,000 in order to reopen the country, Merkel said.
Merkel, earlier this month, defended her strategy to tackle the coronavirus in the country after Wednesday’s announcement that the country’s lockdown will be extended until March 7. (ANI)