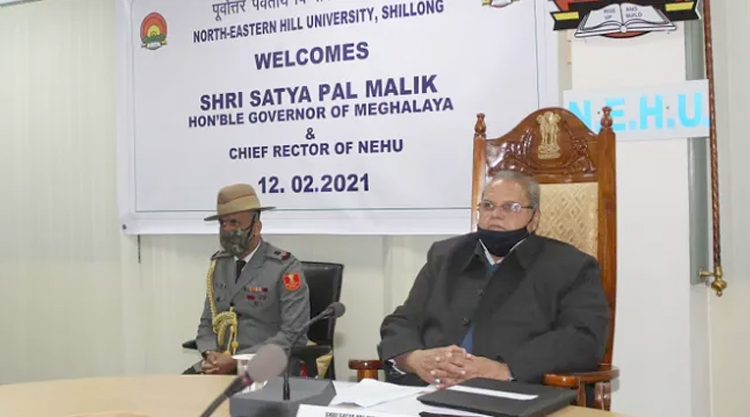 During his visit to the university on Friday, the governor lauded NEHU for recognising the sacrifices made by the two warriors.
He said portraits of the two freedom fighters from the state are also present at the Raj Bhavan.
Malik urged the vice-chancellor to create a seat on research on the two freedom fighters so that the entire country knows about them.
Vice Chancellor Professor S K Srivastava said that two NEHU guest houses have been named after the two freedom fighters.
The governor, during a meeting with a Khasi Author Society (KAS) delegation, assured to take up with Union Home Minister Amit Shah the demand for inclusion of Khasi in the Eighth Schedule of the Constitution.
“The governor assured us that he will speak with the Union home minister during his visit to Shillong in March,” KAS general secretary Dr Ronald Peel Kharshiing said in a statement on Saturday.
The delegation led by Professor DRL Nonglait informed the governor that despite having over 14 lakh speakers, Khasi is yet to be included in the Eighth Schedule, causing frustration among youths who have to write competitive examinations in English. (PTI)