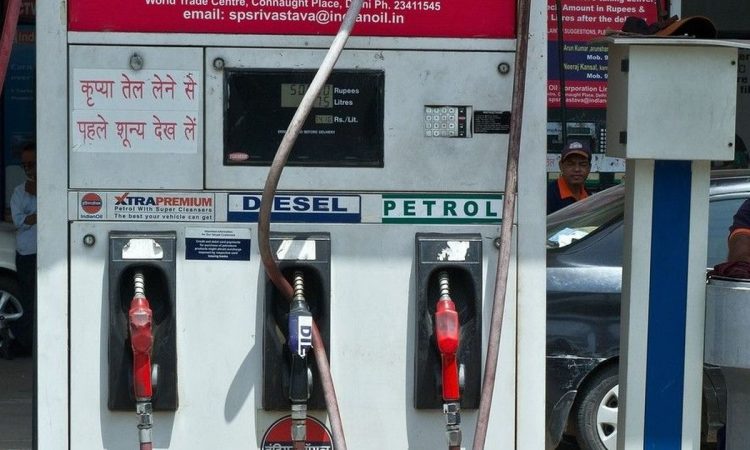 Shillong, February 16: Meghalaya government on Tuesday slashed retail prices of petrol and diesel by another over Rs 5 by reducing VAT on them, Chief Minister Conrad K Sangma said.
The decision came amid strike by commercial transporters that entered second day Tuesday.
The new retail price of petrol will be Rs 85.86 from its current price of Rs 91.26, while the new retail price of diesel will be Rs 79.13 from its present rate of Rs 86.23 in the state capital, Sangma said after a review meeting he held with his cabinet colleagues and senior government officials.
He said the total reduction will be Rs 7.4 for petrol and Rs 7.1 for diesel after the state government had announced a Rs 2 rebate on both the items last week.
The lowering of prices of both petrol and diesel was a result of the state governments decision to reduce the VAT from 31.62% on petrol to 20 per cent per litre or Rs 15 per litre (whichever is higher).
For diesel VAT came down from 22.95 per cent to 12% or Rs 9 per litre, Conrad said.
The chief minister said the new tariff will also ensure a competitive pricing of both the items with the neighbouring Assam which had reduced the prices of both petrol and diesel by Rs 5 last week.
The decision is likely to pacify agitating commercial transporters who had remained off the road in the past two days and also threatened to go on indefinite hunger strike if the government fails to act.
The state government had collected Rs 326 crore as revenue from taxes on petrol and diesel in the last financial year.
Conrad said the government had already collected Rs 451 crore by way of taxes on petrol and diesel till January this year.
Meanwhile, the state government has also assured payment of electricity dues to Power Grid Corporation of India Ltd worth over Rs 74 crore following which the power company has assured to withdraw power regulations to the state with immediate effect.
The power regulation of 70 MW resulting in power cuts of up to 7 hours in a day across the state had begun since Sunday last after the state government failed to pay pending dues of Rs 74.65 crore to the PGCIL.
“I am happy to inform that load shedding (power cuts) will be completely taken out within 24 hours. We have the approvals of the PGDCIL,” Conrad told journalists here.
He said the state government had cleared a Rs 1345 cr Aatmanirbhar loan from the Centre to liquidate all outstanding dues against the purchase of power from various power- generating institutions.
According to the chief minister, the centre has already released Rs 127 crore to the REC which was paid to another power generating company, NEEPCO.
“About 75% of the amount is left with the REC.
Funds are released from the REC and in due course of time, the dues for PGCIL will also be paid by the REC,” Conrad said.
The chief minister informed that the Meghalaya Electric Coportation Ltd has been a victim of non payment of dues by consumers.
The company had in the past two months recovered nearly one crore dues after the company issued reminders and notices to defaulting consumers.
The chief minister appealed to all consumers of MeECL to pay their dues regularly.
Officials of the state power company have been asked to follow strict procedures to recover dues from consumers, a senior official of the company said. (PTI)