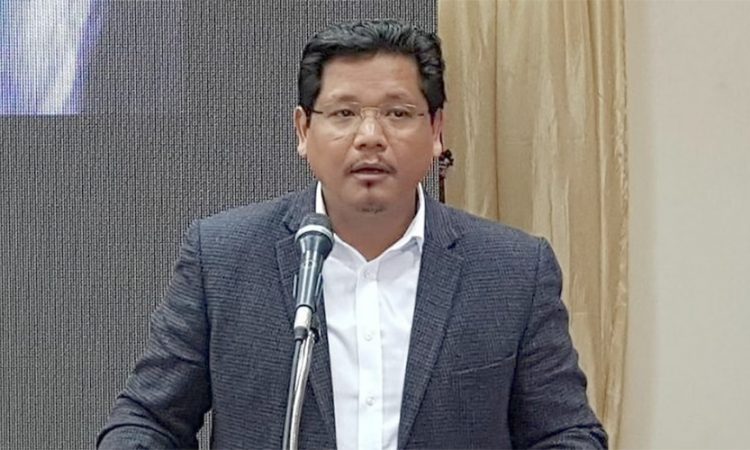 Shillong, November 27: Chief Minister Conrad Sangma has asked the BJP, a constituent of the ruling Meghalaya Democratic Alliance (MDA), to refrain from making allegations against the government openly and bring such issues at the coordination committee meeting of the coalition partners.

Sangma, also the MDA chairman, said this at the coordination committee meeting held on Thursday night. The saffron party has two MLAs in the 60-member House and both were present at the meeting.
BJP state president Ernest Mawrie and executive member Bernard Marak, who were not MLAs, recently accused the government of misusing central funds in the autonomous district councils of Garo Hills and Jaintia Hills.
The charges were discussed at the coordination committee meeting and chief minister denied them as “baseless”.
“We have resolved that coalition partners should not come out with such allegations openly. If there are any issues, any concerns, the partner concerned can always discuss it with the CM and can bring it to the coordination committee,” Sangma told journalists after the meeting.
“The way it was brought out was wrong, and it should not have been done,” he said.
Sangma, who is the president of the National People’s Party (NPP), said that both the BJP MLAs gave an assurance that no such situation will occur again.
At the meeting, all coalition partners “urged the government to continue with the development works that have been promised to the people of the state,” the chief minister said.
Besides the NPP and the BJP, the ruling coalition has the United Democratic Party (UDP), People’s Democratic Front (PDF), Hill State People’s Democratic Party (HSPDP) and Independents.
Meanwhile, the MDA coordination committee meeting also discussed the governor’s disapproval of an amendment Bill which seeks to add more teeth to the Meghalaya Residents Safety and Security Act, a law for regulating the influx of immigrants into the state.
The Bill was passed by the state Assembly on March 19 this year and is pending before the governor.
The chief minister said he would be meeting Governor Satya Pal Malik in the next couple of days to discuss the Bill and other matters.
The governor has pointed out some lacunae in the Bill which are being discussed by the government, Sangma said.
He said that the registration process of entrants into the state is being done.
“Based on this overall (COVID-19) situation, registration is becoming compulsory. In future, people who are going to come to the state need to go through a compulsory registration process,” he said. (PTI)