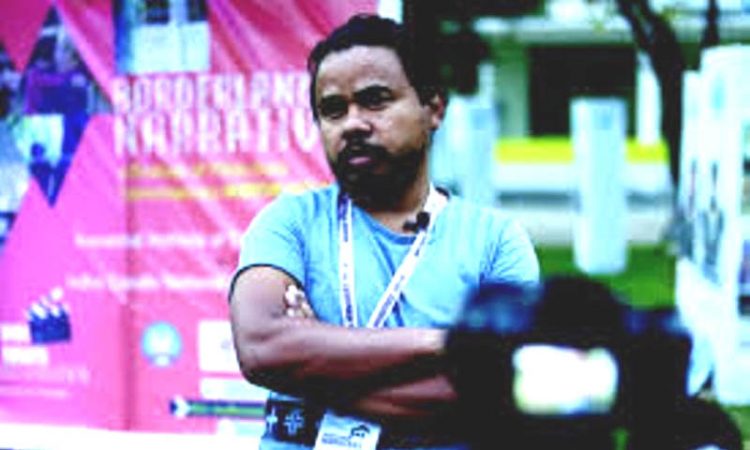 Meghalaya-based filmmaker Dominic Sangma’s second feature film Rapture (Rimdogittanga) has been selected for La Fabrique Cinéma, 2019 Cannes. This film is one of the 10 projects selected across the globe for this year’s Festival De Cannes.
Mira Nair is the patron and mentor of these projects. Speaking at a lunch organized in Cannes to announce the projects Mira Nair said her mother once introduced herself as the ‘producer of the director,’ (of Salam Bombay.) “Now I am the producer/mentor of these 10 projects. It is important to enrich the world cinema and empower visionary artistes to share their stories because if we don’t tell our own stories then no one else will,” Nair said.
La cinema de l’institut Français is a tailored programme helping talented young directors from emerging countries increase their international exposure. Each year this programme invites 10 directors working on their first or second feature films to attend the festival de Cannes along with their producers. The programme provides personalized support to help the selected film makers meet professionals interested in coproduction, distribution, sales, etc. They also get to interact with key players of the international film industry and experience the world’s largest international film festivals.
Dominic Sangma from Meghalaya is a graduate from Satyajit Ray Film and Television Institute, India. He teaches direction and script writing at Film and Television Institute, Itanagar. His diploma film titled Rong kuchak (Echoes) won National Student Film Award for best short film in 2014, His debut feature, MA.AMA won the best film in the “14th International Film Festival Thrissur, 2019”.
In an interview given in Cannes, Dominic emphasized that it was very important to nurture the ‘Directors’ vision,’ especially in the Northeast. They need space to find their own cinema identity, and to tell stories from their own life experiences. Dominic makes films in the Garo language, his mother tongue.
In this project, he universalizes the experiences of fear and insecurity and the consequent repercussions. In a metaphorically loaded project, he tells the story of a village gripped by the fear of a child-kidnapper.
The church prophesizes the coming of apocalyptic darkness for 80 days. For Kasan (male, 10), a child who suffers from night blindness, the village has never been more fearful.
The child kidnapper stalks around at night. The villagers frantically prepare to tackle these two impending threats. They catch a stranger visiting the village. Something is lost in translation and they lynch him to vent their anger.