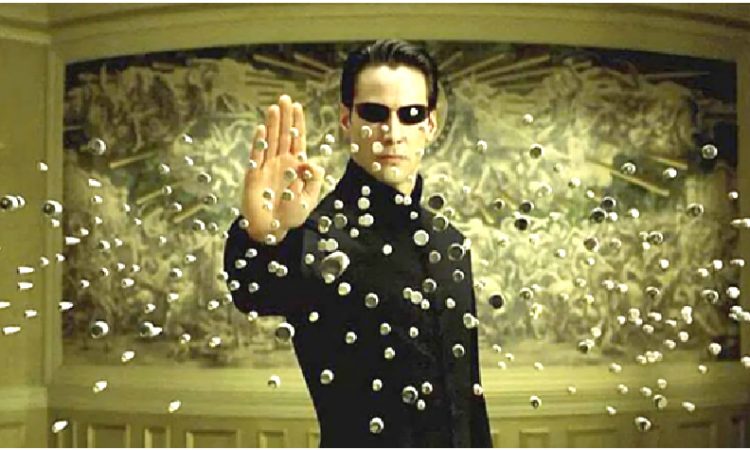 Lilly Wachowski, the co-director of Keanu Reeves-starrer The Matrix trilogy, says it was her and sister Lana’s “original intention” that the films be viewed as transgender allegory. During a Netflix video interview, Lilly discussed the theory often propagated by LGBTQ activists that the films embodied the experience of a closeted trans person finally realising their true self.
“I’m glad that it has gotten out that that was the original intention. But the world wasn’t quite ready for it — the corporate world wasn’t ready for it,” Lilly said. “I love how meaningful those films are to trans people and the way they come up to me and say, ‘These movies saved my life’,” she added.
Lilly and Lana, who both are trans women, had started the franchise with 1999’s The Matrix. The movie spawned two sequels — The Matrix Reloaded and The Matrix Revolutions, which released in 2003.
The filmmaker further said that the very idea of the Matrix, a simulated reality constructed by machines as distraction for humans, was all about “the desire for transformation, but it was all coming from a closeted point of view”. She also revealed that the original plan for Switch — played by Belinda McClory — was to have the character be “a woman inside the Matrix, but a man in the real world”.
“I don’t know how present my transness was in the background of my brain as we were writing it… We were always living in a world of imagination. That’s why I gravitated toward sci-fi and fantasy and played Dungeons and Dragons. It was all about creating worlds. It freed us up as filmmakers because we were able to imagine stuff at that time that you didn’t necessarily see onscreen,” Lilly said.
Lilly’s sister Lana is currently working on the much-awaited threequel in the franchise, with both Reeves and actor Carrie-Anne Moss returning as Neo and Trinity, respectively. Jada Pinkett Smith and Lambert Wilson are also reprising their roles from previous films in the new installment. They are joined by newcomers Yahya Abdul-Mateen II, Neil Patrick Harris, Jessica Henwick, Priyanka Chopra Jonas and Jonathan Groff.