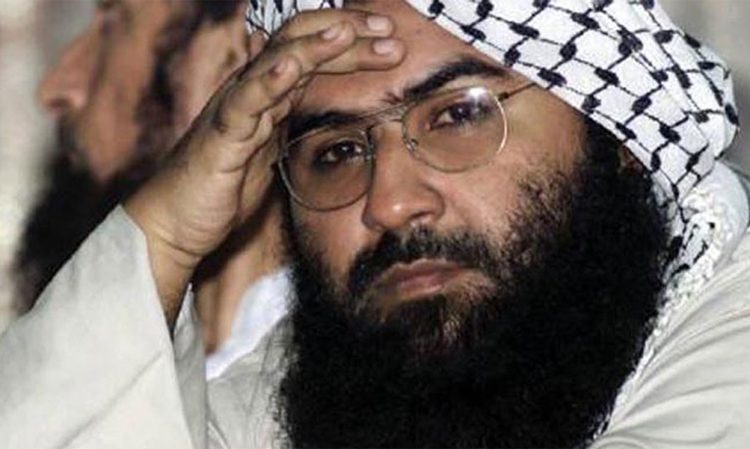 New Delhi, May 1: Pakistan-based terrorist Masood Azhar was designated a global terrorist by the UN Security Council in a diplomatic win for India on Wednesday. China, which had blocked moves to blacklist Masood Azhar four times, finally dropped its objections saying it “found no objection after a careful study of revised materials”.
The UN decision means a freeze on Masood Azhar’s finances and assets, a travel ban and an arms embargo.
“In our fight against terrorism, it is a big victory,” Prime Minister Narendra Modi said on Masood Azhar’s blacklisting at the UN.
But in what is seen as a face-saver for Pakistan in negotiations to get its all-weather ally China to stop blocking the move, the UN Security Council resolution drops any reference to the Pulwama terror attack.
The UN Security council resolution cites Masood Azhar’s association with al Qaeda, Osama bin Laden and the Taliban and also his call for terror recruits to join the fight in Afghanistan against western forces.
Masood Azhar’s Jaish-e-Mohammed was behind the Pulwama terror attack in which 40 soldiers were killed in February. In retaliation, India sent fighter jets to Pakistan’s Balakot to bomb a Jaish terror training camp weeks later.
Days after the Pulwama attack, the US, Britain and France pushed a fresh proposal in the Security Council’s 1267 Al Qaeda Sanctions Committee. Pulwama was mentioned in the proposal but was finally left out.
“Big, small, all join together. Masood Azhar designated as a terrorist in @UN Sanctions list Grateful to all for their support,” tweeted Syed Akbaruddin, India’s permanent envoy to the UN.
Armed with veto powers in the UN Security Council, China had blocked recent moves to blacklist Azhar by placing a “technical hold” and asking for “more time to examine” the proposal.
But in the past few days, China had displayed signs of revising its stance. On Tuesday, it had said that “positive progress” had been made on listing Azhar. Chinese Foreign Ministry spokesman Geng Shuang also said the problem would be “properly resolved”.
The diplomatic victory comes in the middle of the national election in India, in which Prime Minister Narendra Modi has pitched his government’s aggressive anti-terror efforts and national security focus. BJP leaders tweeted with hashtags like #ModiHaiTohMumkinHai and Union Minister Arun Jaitley said the development underscored that India “is in safe hands”.
Foreign secretary Vijay Gokhale, during a visit to China last week, had provided more evidence on the Jaish’s role in terror attacks in India. The subject was reportedly also discussed during Pakistan Prime Minister Imran Khan’s visit to Beijing, also last week.
France, which, along with the US and UK, had pressed China to change its stand, said in a statement: “For many years now, French diplomacy has been relentlessly pleading for sanctioning Azhar, head of the terrorist group responsible, notably, for the Pulwama attack last February. ”
Critics say similar steps have been taken against Lashkar-e-Taiba’s Hafiz Saeed but it has meant little on the ground. (Agencies)