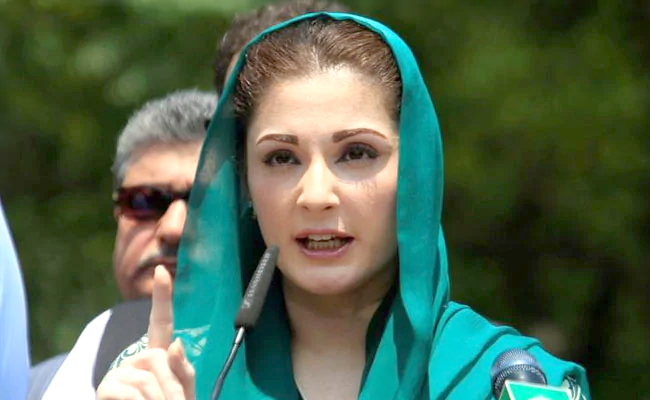 Lahore, December 7: Pakistan Muslim League-Nawaz (PML-N) vice president Maryam Nawaz on Sunday said the opposition’s 11-party alliance – Pakistan Democratic Movement (PDM) is due to make some big decisions on December 8, and hinted at en masse resignation of alliance members from assemblies.
Geo News reported that while addressing a social media workers convention in Lahore, Maryam Nawaz spoke to provincial and national assembly members, saying: “If we call for resignations from the assemblies, you must be willing to stand by us. Do not fall under any pressure.”
She also said that the party workers must embrace any cases registered against them by the Prime Minister Imran Khan-led government, adding that the people must know how fearful the government is of the opposition and that the most it can do is only register cases.
“You must take these charge sheets, string them together and wear them proudly like a garland,” she told party workers.
She further said that after December 8, it will be a ”do or die” situation.
The PML-N vice president also challenged PM Imran Khan to mingle with the people for two minutes, while highlighting that Pakistan’s GDP had turned negative, hundreds and thousands of people have become unemployed, medicines are prohibitively expensive, people have been robbed of wheat, sugar, flour and the ”wheel of progress” has begun to spin in the other direction.
Maryam Nawaz’s remarks came ahead of a meeting between alliance members on December 8, reported Geo News.
A rally has been planned by the PDM at Lahore’s Minar-e-Pakistan monument on December 13.
Meanwhile, a rattled Imran Khan ruled out the possibility of the government granting permission to the Pakistan Democratic Movement (PDM) for holding anti-government rallies and warned that police cases will be lodged against the organisers.
In an interview to a private news channel, the premier said the government has decided against allowing the Opposition to hold the public gathering, Geo News reported. “We will file FIRs against everyone — from the kursi wala to the sound system handlers but won’t stop them [Opposition leaders] from going there,” he said.
The PDM has held five similar rallies in Peshawar, Gujranwala, Karachi, Quetta, and Multan since October 16. (ANI)