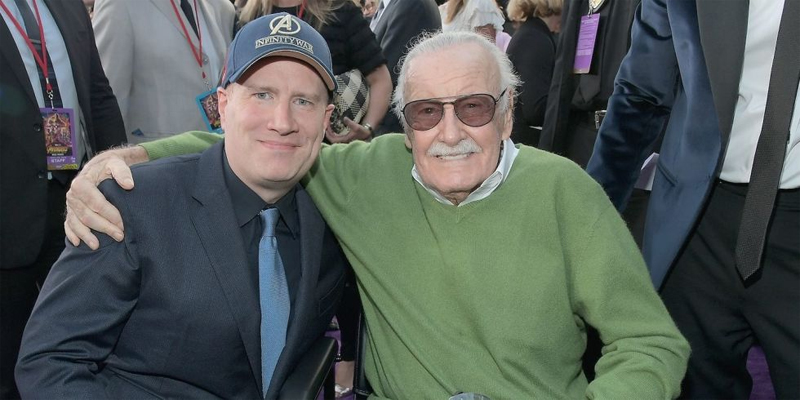 Marvel Studios president Kevin Feige has penned an emotional essay in memory of late Stan Lee, recalling his last meeting with the legendary comic books writer.
Lee, who revolutionized pop culture as the co-creator of iconic superheroes characters such as Spider-Man, Thor and The Hulk, died on November 12 at the age of 95.
“He was very nice in my interactions with him, including what ended up being my final conversation with him about two weeks before he died,” Feige wrote in the essay, published on Entertainment Weekly. “… Did he know that his time was running out? I don’t know. In hindsight, he was slightly more wistful than I’d seen him before. He talked about the past more than I had ever heard him talk about the past. So maybe on some level, he knew,” he added.
Feige said Lee started their conversation by joking about his cameos in upcoming Marvel films.
“When I sat down by his chair in our last meeting, the very first thing he said was: ‘I know you want me to star in the next movie, but I have to just stick to the cameos. You’ll have to leave the starring roles to the other actors. I’m sorry’,” he wrote.
Feige said Lee would always be willing to try new things in his cameos that he had been doing for many years.
“He would show up to the movie sets game for anything. But one thing he would always do is try to add more lines. He always would joke — but not really joke — about wanting more lines, although he understood why we couldn’t,” he said.
“God forbid he would start to overshadow the hero. That was something a character like Stan Lee could easily do,” Feige concluded.

Celebration of 100 years of Manipuri dance in Santiniketan begins

James Bond can be of any colour, but never a woman: Producer Barbara Broccoli