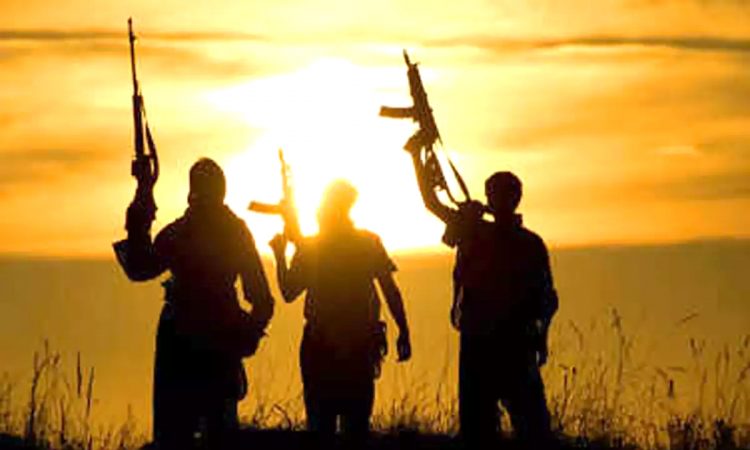 Srinagar, August 1: The recent killing of terrorist Shakir Altaf Bhat and subsequent finding that he had left the country on a valid passport for studies in Pakistan in 2018 and returned as a terrorist set alarm bells ringing in the security establishment in Jammu and Kashmir, officials said here on Sunday.

Security agencies made a quick estimate of passports issued between 2015 and 2019, and found that out of the 40 youths who had gone to Bangladesh or Pakistan for studies, 28 had infiltrated back into the country as trained terrorists, the officials said.
This is in addition to over 100 Kashmiri youths who travelled to Pakistan on valid visas for short durations, and have either not come back or disappeared after their return in the last three years.
The security agencies fear that they could be possible sleeper cells of terror groups operating from across the border.
The July 24 encounter in the heights of Bandipora led to the killing of three terrorists, including Bhat, a resident of the same district.
Security agencies believe that Bhat had targeted to assassinate Usman Majid, a former militant-turned-politician who has withstood at least three such bids in the past.
Between April 1 to 6 of last year, some youths hailing from Shopian, Kulgam and Anantnag districts of south Kashmir were seen as part of the infiltrating groups of terrorists and all of them had travelled to Pakistan on valid documents and never returned thereafter, they said.
A massive exercise was undertaken by the security agencies along with the immigration officials at Wagah border as well as at the New Delhi airport during which it was found that at least 40 youths who had travelled to either Bangladesh or Pakistan for studies were missing with their families not knowing about their wards, they said.
As a precautionary measure, even the youths from the valley who travelled on valid visas for a duration of over seven days over the last three years were questioned, the officials said.
The figures have surprised the officials as in some of the cases it was found that the youths never returned and in others they disappeared after their return, raising suspicion that they could have become “sleeper cells”, waiting for instructions from their masters in Pakistan’s spy agency ISI or handlers in terror groups located across the border.
The youths who had travelled to Pakistan even two years back have been called for questioning and a proper analysis of their activities after their return was being carried out by the security agencies.
Those questioned by the security agencies were asked for a valid reason for their travel to Pakistan, the officials said, adding that the background of all these people was checked and verified thoroughly.
The Jammu and Kashmir police also issued a directive on Saturday asking its Special Branch, a unit mandated for verification, to ensure that during verification related to passport and any other government scheme, the individual’s involvement in law and order, stone pelting is specifically checked.
Also, the digital evidence like CCTV footage, photographs, videos and audios clips, quadcopter images available in the records of police stations should be referred to by the unit. Any subject found involved in any such cases must be denied any security clearance, the order said.
The officials believe that there is a six weeks’ training course for new terror recruits and intelligence inputs suggest that some of the youths were provided a quick module of fabrication of improvised explosive devices using easily available material within a week’s time, they said.
The recruitment of youths for various terror organisations is also being carried out discreetly and it is quite possible that these youths could also be doubling as “recruiters” for brain-washing of vulnerable men in the militancy-affected union territory.

The missing youths are mainly from average middle class families and have been described as the new faces of terrorism in Kashmir. They could be waiting for delivery of arms and ammunition, which has been substantially choked due to heightened surveillance at the Line of Control, they said. (PTI)