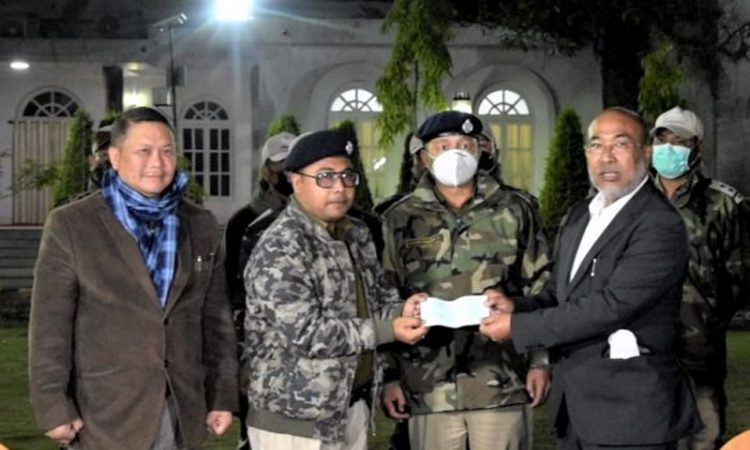 Imphal, February13: Manipur Chief Minister N.Biren Singh handed over a cheque of Rs 10 lakh to Imphal East police for successfully rescuing three abducted labourers from the suspected militant group of Kuki National Liberation Army (KNLA).
The monetary reward was handed over by the Chief Minister in a program held at his bungalow on February 12.
According to police officials, the labourers were working at a construction site at Laikhong near Nongpok Keithelmanbi, and were kidnapped by KNLA on February 7.
After continuous search operations at Keihao, Henjang, and Kamuching forest hill range for three days led by Imphal East Additional Superintendent of Police (Operations) Roni Mayenbam, the labourers were rescued on February 12.
Even though the militants managed to escape, Singh lauded Manipur Police for their efforts and said that commendation certificates would be given to the police officials. (ANI)

Northeast’s development is of utmost importance for Centre: Jitendra Singh

Meghalaya state board class 12 exams to be held as per schedule: Dy CM