HomeTop StoriesManipur Govt slaps journalist with notice under new IT rules, only to withdraw it
Top Stories
2 months agoMarch 2, 2021IT rulesJournalistManipur 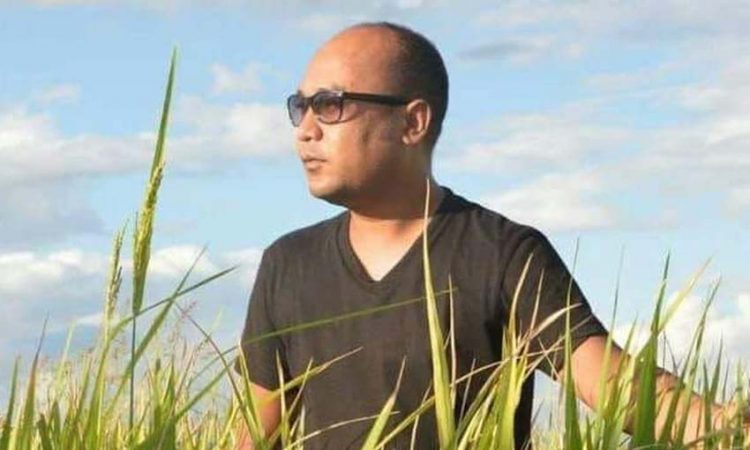 Dimapur, March 2: Manipur Government made a volte face soon after it became the first state in the country to slap a notice to a Imphal-based journalist under a new law framed to regulate social and digital media.

According to newsportal, The Federal, District Magistrate Imphal West District on Monday (March 1) sent a notice to Paojel Chaoba under the nascent Information Technology (Intermediary Guidelines and Digital Media Ethics Code) Rules, 2021, for conducting and uploading an online discussion on the Facebook page of his online web portal, The Frontier Manipur.
“You are hereby directed to furnish all the relevant documents showcasing that you ensure compliance of the provision of the Information Technology (Intermediary Guidelines and Digital Media Ethics Code) Rules, 2021, failing which steps as deemed fit shall be initiated without further notice,” read the communiqué from the district administration.
The notice was served for posting on the Facebook page an online discussion called Kanasi Neinasi, literally means “Let’s talk.” The discussion was posted on February 28.
Incidentally, the show is hosted on Facebook page of Kishorechandra Wangkhem, an Imphal-based journalist against whom the ruling BJP-led government in the state has slapped several cases since 2018 and jailed him thrice.
Ironically, the discussion titled ‘Media Under Siege: Are Journalists Walking A Tight Rope’ was about the new IT rules.
The administration, however, soon withdrew the charges.
“It is to inform you that this office notice dates 1st March, 2021, served to you stand withdrawn with immediate effect,” the district magistrate informed in another communiqué.
The programme Khanasi Neinasi is around two months old and besides being shown on Facebook it was also telecast on the YouTube channel of Frontier Manipur, an Imphal-based digital news platform.
“We have hosted just 4-5 shows. The last show aired on February 28 (a day before the notice was issued) was titled ‘Media Under Siege: Are Journalists Walking a Tightrope’” Kishorechandra, who’s also an associate editor of Frontier Manipur, told a national daily from Imphal.
Chaoba said he had received the withdrawal notice only on Tuesday (March 2) though it was dated March 1, that is the same day the earlier notice was served.
It was not the first time the state government has done a flip flop after a run-in with Chaoba, the executive editor-cum-owner of the web portal.
He was suddenly released by the police on January 18, barely 24 hours after being booked on charges of sedition. The charges were invoked for publication of an article that purportedly “endorsed revolutionary ideologies and activities.”
Similarly, this time, too, the administration withdrew its charges soon after implicating the journalist.
Ch Victor, the lawyer of Chaoba, said they are discussing the future legal course.
Taking serious exception to the latest incident, the Foundation of Media for Media Professionals appealed to media organisations and institutions, across political divides, to take cognisance to this fresh threat to media freedom.

“It is rather worrying if everyone who posts a link, comment or video on a topic related to news is now liable to receive notices from government authorities demanding documents that do not, to the best of our knowledge, exist,” it said in a press note.
The DM could not be contacted for his comments on the development. (Page News Service with inputs from The Federal)