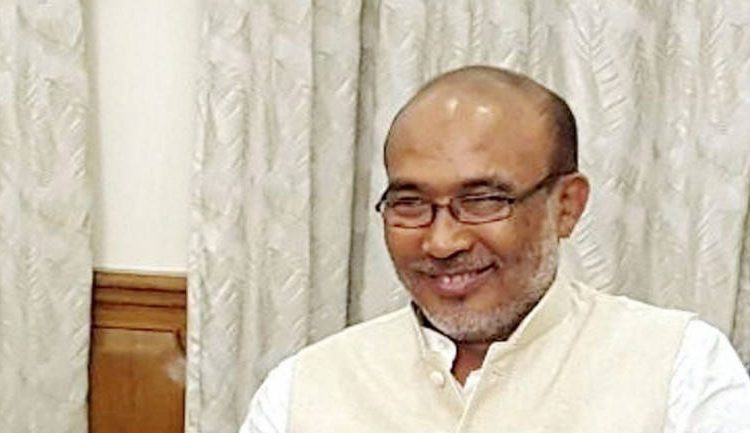 Imphal, September 21: Manipur Chief Minister N Biren Singh said that his government is planning to legalise Cannabis solely for medicinal and industrial purposes. He said this during a press conference held Saturday to announce a new program under the ‘Start-up Manipur’ scheme.
He divulged that legalisation of Cannabis is one of the ideas being considered to help boost the revenue generation of the state.
“Our revenue must be strong. Moreover, Cannabis grows in the wild abundantly in Manipur and this can be used for extraction of hemp oil which is known for its medicinal property”, Singh said.
Pointing out that other states like Arunachal Pradesh, Uttar Pradesh, and Uttarakhand have already legalised Cannabis for medicinal purposes, the Chief Minister appealed to the people to extend their co-operation.
Singh also said that the growth rate of Gross State Domestic Product (GSDP) has doubled from 4 percent in 2016-17 to 8 percent in 2018-19.
He said that the state-owned tax revenue has sharply increased from 587 crores in 2016-17 to above 1000 crores in 2018-19. “The result speaks for itself that with the advent of the present government there is economic growth in the state,” he added.
He added that with the current pace of development and growth, Manipur would transform into an advanced state. He also expressed confidence that the GSDP will reach 10% in the near future.
“Once a bandh, blockade stricken region has been completely transformed to a region of economic growth,” Singh added.
The objective of ‘Stand-up Manipur’ scheme is to provide soft loans to SC, ST, OBC, Minority entrepreneurs of the state. (Courtesy: IE)