Manipur against special status for Nagas 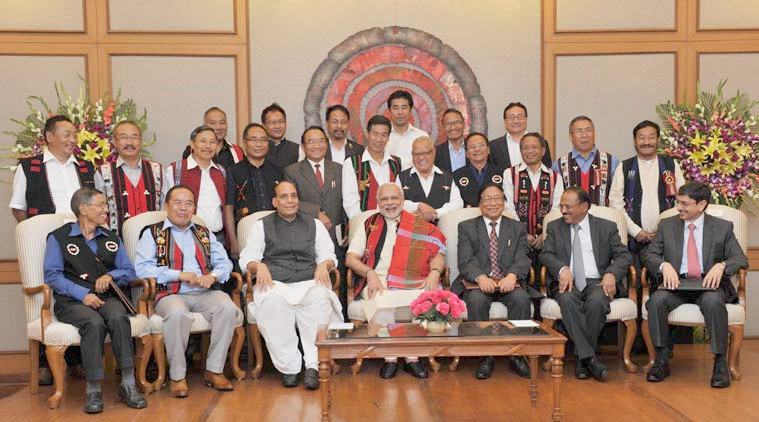 IMPHAL, July 22: Days after Naga peace talks interlocutor RN Ravi shared details of the framework agreement signed by the Centre and Naga outfits, indicating the provision for special status for Nagas living in Assam, Arunachal Pradesh and Manipur, leading organizations in Manipur have protested against the move, which they described as the creation of “a state within a state”.
“Article 371A, which gives special status to Nagaland, should not go beyond the state of Nagaland,” said Ph Devan Sharma, president of the All Manipur United Clubs’ Organisation (Amuco), one of the organizations up in arms against the proposal. “We will chalk out our line of agitation if the decision to be adopted by the assembly is against the people of Manipur,” Sharma added. Terming the decision as the Centre’s “divide and rule policy”, Sharma said the move would “suppress other communities in the interest of a single community.”
The Naga peace talks revolve around the demand for the creation of a separate Nagalim, a greater Nagaland comprising Naga-inhabited areas of Assam, Arunachal Pradesh and Manipur, by former Naga militant outfits. The issue of Naga sovereignty and what it implies for the territorial integrity of the neighbouring states has stoked many a controversy since the Centre initiated the talks, details of which have remained confidential.
Besides Amuco, the United Committee Manipur (UCM) and the Coalition of Civil Societies Kangleipak (CCSK) have strongly objected to the move. “The decision to give special status to Naga areas will create a state within a state,” said CCSK president Jitendra Ningombam.
UCM president Sunil Karam said the settlement will not be accepted at any cost. “We are ready to fight against the lies propagated by Prime Minister Narendra Modi, home minister Rajnath Singh and (Naga talks interlocutor) RN Ravi on the framework agreement,” said Karam.
On Tuesday last, a delegation of Manipur BJP led by chief minister N Biren Singh had urged the PM to safeguard Manipur’s territorial integrity. Biren had earlier said that he would take “extreme steps” if the proposed Naga peace agreement hurt Manipur’s interests. (TNN)