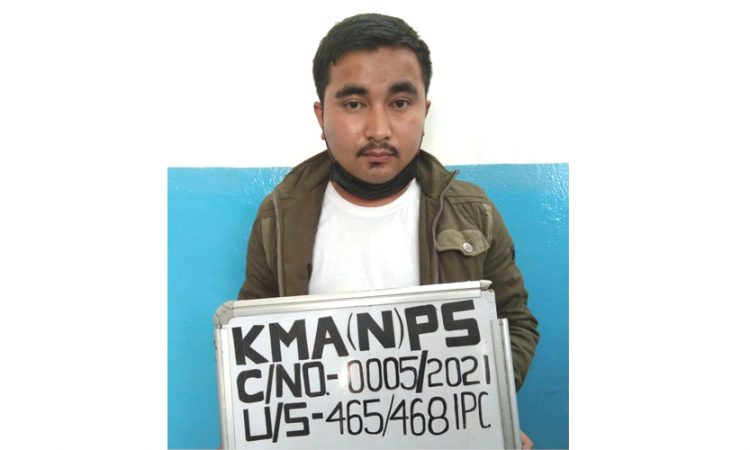 DIMAPUR, FEBRUARY 15: Kohima Police has arrested one person for allegedly duping people by way of promising employment in the Police department.
A press release from Kohima Police on Monday informed that the accused has been identified as Ravozo Medeo, aged 24, resident of Mission Compound, Kohima.
Preliminary investigation has revealed that the accused person had issued fake appointment letters with forged signatures of a certain high ranking officer at Police Headquarters (PHQ) and the Superintendent of Police of a district, it stated.
In this connection, Kohima Police has registered a case at North Police Station and appealed to the citizens to be cautious of such frauds. (Page News Service)