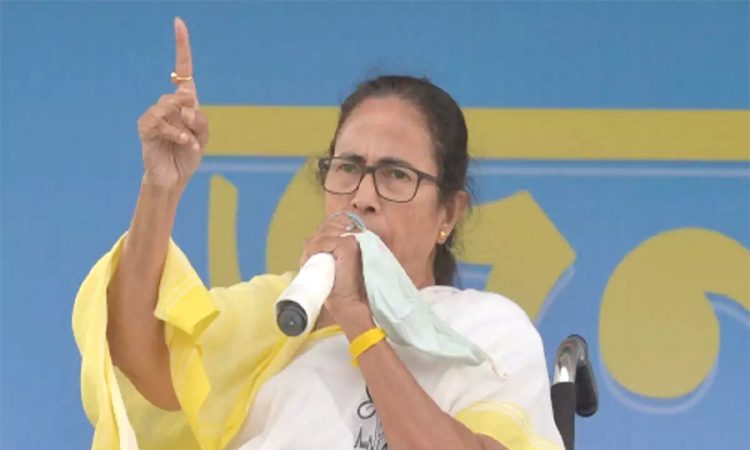 Banerjee, who faced defeat at the recently concluded polls from Nandigram, will have to get elected to the assembly within six months to hold on to the chief minister’s chair, as per norms.
TMC spokesperson Kunal Ghosh, however, refused to divulge anything on Banerjee’s re-election, and said the party will come up with a statement at an appropriate time.
Chattopadhyay tendered his resignation to Assembly Speaker Biman Bandyopadhyay in the presence of senior party leader and his ministerial colleague Partha Chatterjee.
“I am going to resign as the MLA of Bhabanipur seat.
This is my decision as well as that of the party. I am happily abiding by it,” the agriculture minister told PTI.
The speaker, on his part, said, “Sobhandeb Chattopadhyay has resigned from the Bhabanipur seat voluntarily. I have accepted his resignation letter after confirming that he has taken the decision on his own without any pressure or threat.”
A section of party members speculated that the septuagenarian politician might be fielded from the Khardah seat, where bypoll has been necessitated following the death of Trinamool Congress leader Kajal Sinha due to COVID-19.
Others claimed Chattopadhyay might be nominated to Rajya Sabha.
“We must work to ensure victory of our leader Mamata Banerjee from a seat, as Bengal can prosper and move forward when she is at the helm. As there were talks within the party about her election to the assembly, and I was tapped in this regard, I readily agreed,” Chattopadhyay said.
He, however, clarified that he isn’t too keen on Upper House nomination.
Asked if he would quit as a minister, he said, “I will follow the party’s instructions. However, I am not aware of any such rule, which entails my resignation from the ministerial post.”
Chattopadhyay, who had earlier represented the Rashbehari assembly seat, contested from Bhabanipur this year and defeated BJP’s Rudranil Ghosh by a convincing margin.
Banerjee had won from the seat in 2011 and 2016.

The BJP had panned Banerjee for her decision to contest from Nandigram instead of Bhabanipur in the assembly polls, terming the move as “running away in the wake of poor performance of TMC in the CM’s own locality in Harish Chatterjee street (during the 2019 general elections)”.
The TMC, however, had rubbished the allegations.
BJP’s Suvendu Adhikari had won from the Nandigram assembly seat, defeating his former mentor-turned-political adversary Mamata Banerjee by a margin of over 1,900 votes. (PTI)