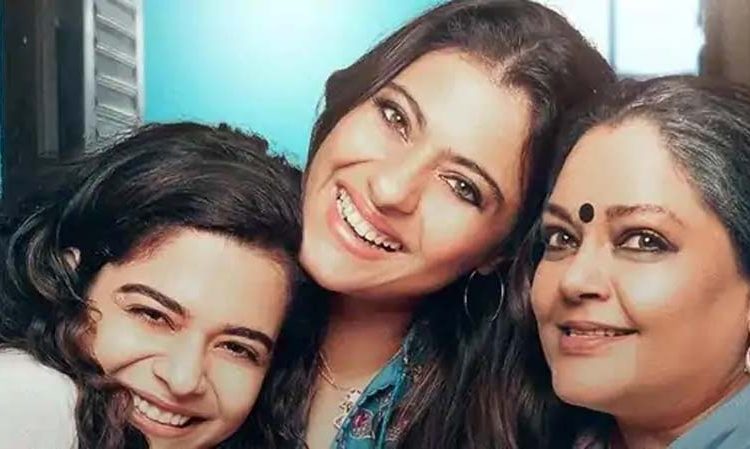 Female-driven stories told by female filmmakers have been gathering steam in the past few years. Films such as Lipstick Under My Burkha (2016), Raazi (2018) and Panga (2020), and the recent ones such as Dolly Kitty Aur Woh Chamakte Sitare (2020), Tribhanga and Sir have received immense love from the audience. These have been hailed mainly because of the treatment given to the stories attributed to the women directors behind them. This has also led to the discussion whether when it comes to women-centric stories, female filmmakers are more inept to tell them correctly with the right amount of sensitivity and treatment.

“As a female director, I definitely think that there is something called the female gaze that comes into play for sure. It is how you are writing characters and how you are shooting them and your point of view. That also changes the audiences point of view because see the characters the way you are presenting them as. Right now we are still living in cinema that is moulded by men, the form, the structure, everything is determined by the male gaze. The way female character are being looked at is different, the way they are shot is different and the thematic is very different,” shares Alankrita Shrivastava, who has helmed Lipstick Under My Burkha and Dolly Kitty Aur Woh Chamakte Sitare.
Actor Richa Chadha, who has worked with filmmaker Ashwiny Iyer Tiwary in last year’s sports drama, Panga, says she does not think there is much difference between how a female or a male directs a film, she does acknowledge that it stands true in the case of few films and their subjects.
“In my experience, it’s not been that till now. Having said that, when I watch something like Dolly Kitty Aur Woh Chamakte Sitare, it appears a lot softer than other films, even the topic of sexuality is handled very sensitively. It is something I am yet to experience because the female directors I have worked with have been fewer than males I have worked with,” she says.
Rohena Gera, who handled the story about a romance between a domestic helper and her employer, says it is really difficult to say whether it is about gender of a particular person or the person itself.
“Who is to say that as sensitive man would not make such a sensitive female-centric story. People do what they do and if you because of who they are, the stories you tell as a filmmaker is also because of a person’s exposure to things. As much as I am very happy to be a woman, who has found her way like this, I find it difficult to categorize things as gender,” she says.
Having worked with a female director in one of her most notable films, Tanuja Chandra’s Dushman (1998), Kajol recently collaborated with Renuka Shahane on her directorial venture, Tribhanga.
Sharing her views on the topic, the actor says, “Honestly the best compliment that I can give Renuka is that I didn’t consider her as a female, but as a director. I think she as a supremely she was a supremely competent director, she knew what she wanted, her gender notwithstanding. I have to say that it was great fun working with a female director.”
Shrivastava feels that the onus is also on women directors. “That’s because not all have that female gaze and because the place is so lonely they prefer to perpetuate the status quo just continue in this male, patriarchal gaze,” she adds.
(Courtesy: HT)