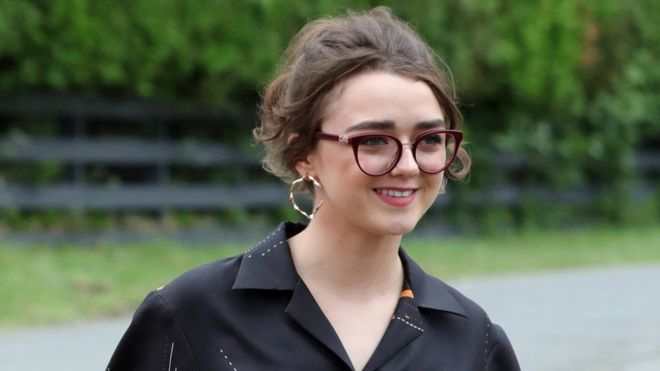 Actor Maisie Williams says she would love to reunite with her “Game of Thrones” co-star and friend Sophie Turner for a buddy comedy film.
The two actors, who starred as onscreen sisters Arya and Sansa Stark in the HBO epic fantasy series, developed a close bond while growing up on the sets of the show together over a decade.
Asked about the possibility of a reunion, Williams told OK! magazine, “That would be amazing but it would need to be right. I think it would be great to create something together but I am not the most incredible writer.
“I think it would be hard to do something with Sophie that wasn’t a comedy.”
The 23-year-old star said the project would have to be about “friendship”.
“Friendships are written in films all the time, but it’s really hard for people to show a genuine friendship on screen because they are often not friends in real life.
“I think there is an intimacy and comfort that you find with people that you have known for a really long time, so it would be fun to show off our friendship,” she said.
Williams’ recent big screen appearance was “New Mutants”, the “X-Men” spin-off, in which she starred as werewolf Rahne Sinclair. She also starred in the indie horror thriller “The Owners”.