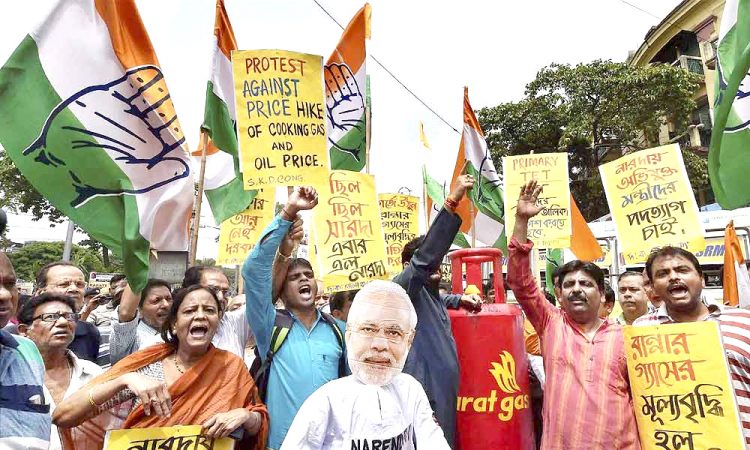 New Delhi, September 2: Members of the Mahila Congress gathered near Prime Minister Narendra Modi’s residence on Thursday to protest against the rising prices of cooking gas, petrol and diesel.

However, they were later detained by police and taken to the Mandir Marg police station.
The members gathered near the prime minister’s residence around 1.30 pm and tried to march further. They were carrying black balloons with them and raising slogans against the government.
In videos, circulating on social media, women police personnel are seen detaining the protesters in a bus.
A total of 24 women were detained and taken to the police station. They were later released. No case has been filed so far in connection with the incident, a senior police officer said.
Amrita Dhawan, the president of the Delhi Mahila Congress, said that they went to the PM’s residence to register their protest against rising prices of cooking gas, petrol and diesel.
“We went there to agitate against the rising prices of cooking gas, petrol and diesel. We carried black balloons that we released in the air as a mark of protest. There is widespread unemployment and job losses in the country, and the Modi government, instead of providing relief, is making life difficult for the people by frequent rise in prices,” Dhawan said.

She said that the protesters, including All India Mahila Congress president Netta D’Souza and other office bearers of national and Delhi units of the Mahila Congress, were detained and taken to Mandir Marg police station. (PTI)