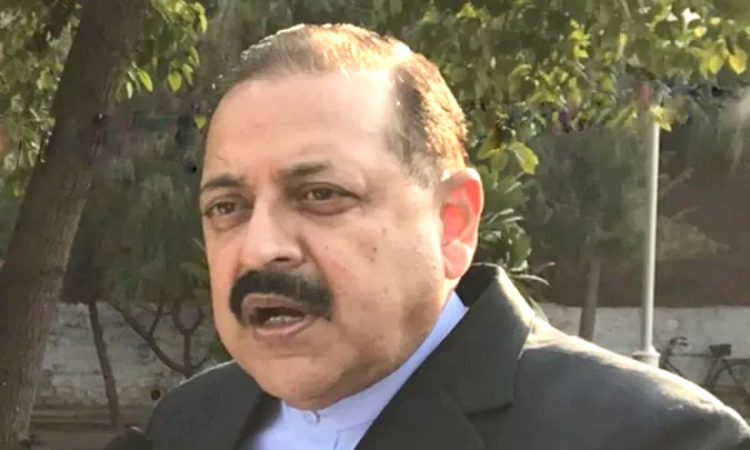 New Delhi, October 2: Union Minister Jitendra Singh said Friday that agriculture and rural prosperity were very close to Mahatma Gandhi’s heart and he would have been the happiest man today with the new farm laws passed by the government.
Prime Minister Narendra Modi, after 70 years of independence, “truly addressed” the village and farm-centric vision of Bapu’ with the new agriculture sector reforms.
Addressing a programme on “Mahatma Gandhi’s Experiments with Swachhata – Key to Prosperity”, he said the new farm laws will not only provide impetus to Indian agriculture to compete globally, but will also help in doubling the income of farmers.
The programme was organised by Kendriya Bhandar and Centre for Strategy and Leadership at Vigyan Bhavan here, according to an official statement.
Referring to the pro-farmer measures taken by the government in the last six years such as neem-coated urea, Soil Health Card, Kisan Credit Card, PM-Kisan Samman Nidhi, Fasal Bima Yojana, Singh said these decisions are representative of democratisation of Indian agriculture as they provide freedom of choice to farmers for the first time.
Singh, the minister of state for personnel, also virtually discussed the benefits of the new farm laws with panchayat-level representatives, sarpanches, panches, farmers and other local activists in Tehsil Hiranagar of Kathua in his constituency Udhampur.
He said the Swachhta Abhiyan was a great boon in terms of individual and community hygiene, which saved a lot of lives during the coronavirus pandemic.
The pandemic underlined the importance of cleanliness, a core philosophy of Bapu, he added.
Referring to the Swachh Bharat Abhiyan launched by the prime minister on October 2, 2014, Singh said it was a unique example how a government campaign can become a “Jan Andolan” and is a matter of great research for academia.
He said Gandhiji’s fitness mantra was also taken forward by Prime Minister Modi, when the United Nations passed a resolution declaring June 21 as the ‘International Day of Yoga’ in December 2014 and 177 countries co-sponsored the declaration.
Singh said the Atmanirbhar Bharat Abhiyan, or a self-reliant India, is also a modified version of Gandhiji’s idea of Swaraj.
Giving an example, he said the sensitivity with which the Modi government views the importance for the promotion of bamboo is evident from the fact that the central government has recently hiked the import duty by 25 per cent on bamboo items to help the domestic industries dealing in furniture, handicrafts and agarbatti.
In his concluding remarks, Singh praised the Kendriya Bhandar for its new work culture in the present government, wherein the turnover increased from Rs 750 crore in November 2017 to Rs 1,717 crore, more than double in three years’ time.
He also praised Mukesh Kumar, MD, Kendriya Bhandar, for taking new measures during the pandemic, be it on food items or corona kits, thus increasing revenue and gaining trust of the people, the statement said.
Chairperson, Kendriya Bhandar, Parmeshwari Bagri; Mukesh Kumar, MD, Kendriya Bhandar; Mayank Agrawal, Director General, Doordarshan; Vikas Sharma, Director & Chief Executive, Centre for Strategy and Leadership; and Lt Col Yuvraj Malik, Director, National Book Trust also addressed the gathering. (PTI)