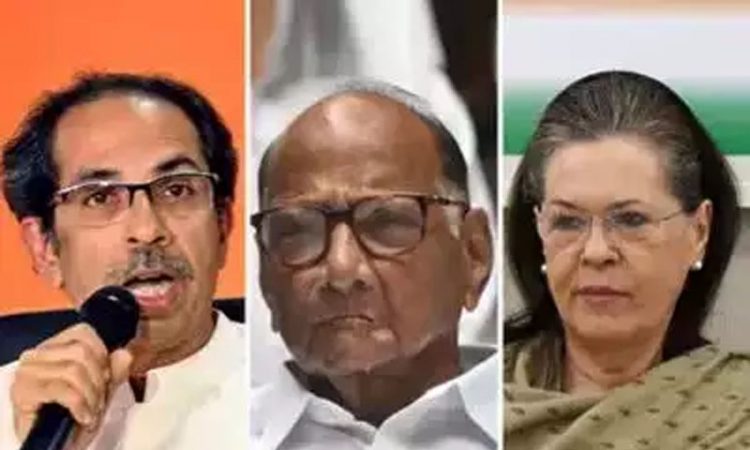 NEW DELHI/MUMBAI, November 19: With the NCP and the Congress treading cautiously over alliance with the Shiv Sena, Maharashtra is unlikely to have a government any time soon. The focus has shifted to the meeting between the Congress and NCP on Wednesday which is expected to discuss the modalities of a possible alliance.
However, the Shiv Sena, which is banking on the support of Congress-NCP, seems optimistic with its leader Sanjay Raut claiming that a new government will be in place in Maharashtra by December first week. Party chief Uddhav Thackeray will address a meeting of all MLAs and senior leaders on Friday.
The discussion is likely to focus on the way forward for the party.
Meanwhile, the NCP and the Congress leaders are expected to discuss a myriad of issues – right from the name of their likely alliance if they join hands with the ideologically opposite Shiv Sena to the contours of their tie-up for the next civic polls, in their meeting scheduled for Wednesday, according to an NCP leader.
Polls to several civic bodies, including the Birhanmumbai Municipal Corporation, are due in 2022.
The Congress and the NCP are not comfortable with the name ‘Maha Shiv Aghadi’ (a grand alliance comprising the Shiv Sena), the leader said.
“We don’t want name of any party in the alliance. Even the NDA and the UPA alliances don’t have names of parties,” the leader added.
The Congress-NCP alliance is known as ‘Aghadi’ (front) and the Shiv Sena-BJP-RPI and other smaller parties are known by the term ‘Mahayuti’ (the grand alliance).
A meeting with the Congress scheduled on Tuesday to further discuss the possibility of government formation in Maharashtra was called off due to pre-occupation of Congress leaders with Indira Gandhi’s birth anniversary events.
Congress leaders had requested that the meeting be postponed to Wednesday.
The two sides have deputed leaders for holding talks on a possible alliance. Accordingly Mallikarjun Kharge, Ahmed Patel and Congress general secretary K C Venugopal, besides some state leaders and Praful Patel, Sunil Tatkare, Ajit Pawar, Jayant Patil of the NCP are to meet to explore the possibility of an alliance with the Shiv Sena in the state.
Earlier today, Congress president Sonia Gandhi met senior leaders Ahmed Patel, Mallikarjun Kharge, A K Antony and K C Venugopal to discuss the political situation in Maharashtra, sources said
On Monday, NCP president Sharad Pawar had a meeting with Congress President Sonia Gandhi. However, Pawar refused to commit anything on NCP-Congress alliance with Sena and said if the NCPCongress have to take a view on government formation, they have to first discuss it between themselves.
When asked about Pawar’s statement, Shiv Sena Rajya Sabha member Sanjay Raut said “It needs a 100 births to understand Pawar.”
“There are no doubts in the Sena on the government formation, but it is the media which is creating confusion,” he said.
Responding to his claim that a new government will be in place in Maharashtra by December first week, Raut on Tuesday said a lot of processes need to be followed to do away with President’s Rule.
In the October 21 Maharashtra polls, the BJP-Sena saffron alliance secured a comfortable majority by winning 105 and 56 seats respectively in the 288-member assembly. The Congress and the NCP, pre-poll allies, won 44 and 54 seats respectively.
However, failing to evolve a consensus over the chief minister’s post, the two saffron parties parted ways, with the Sena exploring the possibility of tying up with the Congress-NCP. (TNN)