HomeInfotainmentMadhuri Dixit says ‘I believe in doing something that breaks the stereotype’
Infotainment
2 years agoApril 14, 2019No tags 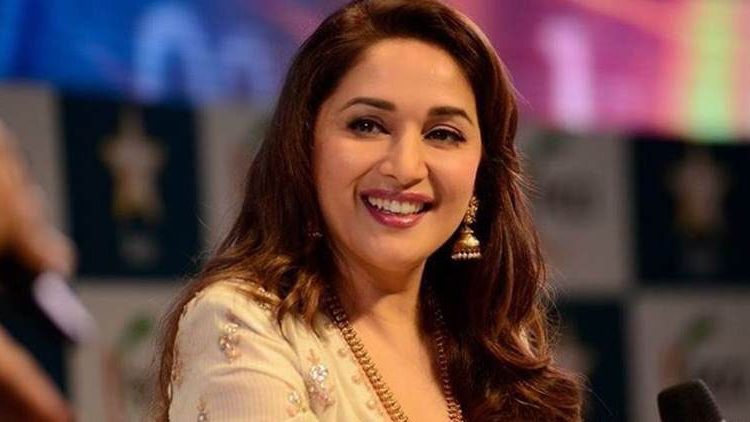 Bollywood actor Madhuri Dixit Nene, who will soon be seen as a dancer in upcoming period drama Kalank , has said she has always experimented with her roles and never stuck to stereotypes, even after she got married and became a mom.
“I have never adhered to… like now that I am a wife or mother of two kids so I have to play only those kind of roles. Just because I am a wife and a mother so I should do only those kind of roles. I don’t believe in that. I believe in doing something different, something that breaks the stereotype. So I did Dedh Ishqiya, Gulab Gang, Bucket List and Total Dhamaal. These films put me in a different light. People should expect that I will do something unexpected on screen,” Madhuri said.
The veteran star, who established herself as a versatile performer with movies like Ram Lakhan, Tezaab, Dil, Hum Aapke Hain Koun…!, Mrityudand, Pukar, Devdas. In 2007, she returned with Aaja Nachle and then again took a break only to return to the silver screen in 2014 with powerful roles in Dedh Ishqiya and Gulaab Gang.
She dominated the ‘90s as a Bollywood leading lady and after shifting her base back to Mumbai from Denver, US, she is here to stay. “I think one has to change with times. I am walking with time. If I am making a film I have to make a film that is realistic and I know this is something people will like and relate to. I may make an action film. What is most important is your creativity should not go away. You should always be creative, look for new things to do. I should not be afraid of taking risks.”
Madhuri, 51, who made production debut with husband Sriram Nene through the Netflix Original film 15 August, says her choices are always going to be different as an actor and as a producer. “For my first film (as a producer) I wanted to do something that is relatable. Chawls is a dying culture. There is unity and love everybody knows what is happening in other person’s house. Everyone comes together during happy and sad moments. “And my next film ‘Kalank’ is far from simple. The characters are larger than life, there is a lot of angst and there is turmoil. The sets are larger than life.”
Kalank came her way after the untimely demise of Sridevi, who was earlier supposed to star as Bahaar Begum in the Abhishek Varman-directed film. “As an actor it wasn’t difficult to play this role. But emotionally it was difficult as you know something unfortunate had happened so suddenly. I am also a mother, she has two kids, who are so young, so thinking of all that, it was really sad.”
Kalank, which releases on April 17, also reunites Madhuri with her ‘90s co-star Sanjay Dutt. The actor said working with Dutt was a great experience. “We have worked together earlier. So there was no re-bonding or awkwardness or anything. I have worked with Anil Kapoor ji (in ‘Total Dhamaal’) and Sanjay after a long time and it was great. “There is a kind of comfort and I know how the scenes will be, how the action and reaction is going to be,” she said.