HomeInfotainmentMadhuri Dixit on taking up Sridevi’s role: I don’t want to let her down
Infotainment
2 years agoMarch 10, 2019No tags 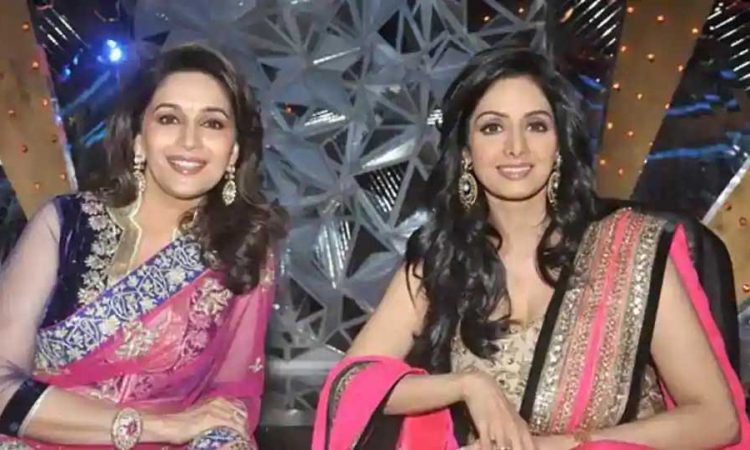 Madhuri Dixit’s character of Bahaar Begum in Kalank was to be originally played by the late legendary actor Sridevi. Last year, after the actor passed away, Karan offered the role to Madhuri. In fact, as soon as the announcement was made, Janhvi Kapoor thanked the latter for accepting the role. Talking about stepping into the shoes of Sridevi’s character, Madhuri told Mid-Day in an interview, “I don’t want to let her down.”
While Madhuri taking up Sridevi’s place in the film has made her character the one to watch out for, her first look also made people curious. After Karan Johar revealed Madhuri’s first look as Bahaar Begum, people started to draw a lot of comparisons with her Devdas character Chandramukhi.
However, in the same interview to Mid-Day, Madhuri clarified, “Bahaar Begum is poles apart from Chandramukhi or anything I have done before. It was a challenge to play her with grace and heart.”
Kalank’s first looks were revealed on March 8. Karan introduced Bahaar Begum as, “Enchanting, ethereal & timeless. The true ‘Begum’ of hearts, Bahaar!”
Kalank marks Madhuri’s second project this year. The actor is basking in the success of Total Dhamaal, which also starred Anil Kapoor, Ajay Devgn, Riteish Deshmukh and others.
Apart from Madhuri, the Abhishek Varman directorial also stars Sanjay Dutt, Alia Bhatt, Varun Dhawan, Aditya Roy Kapur and Sonakshi Sinha.