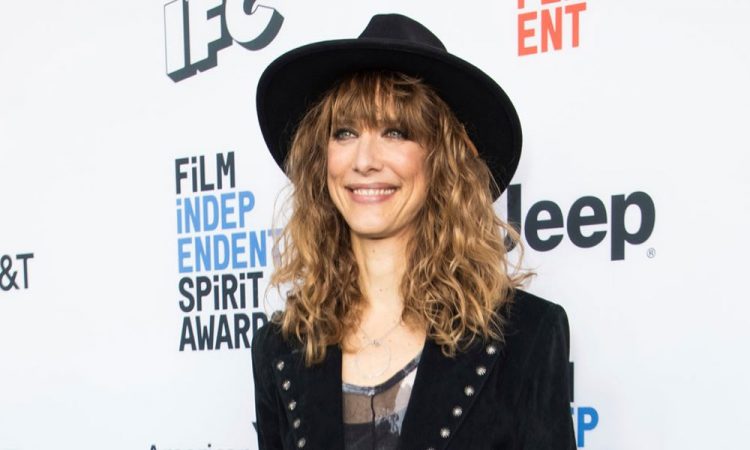 Los Angeles, May 17: Writer-director Lynn Shelton, one of the leading voices of American independent film scene, has died at the age of 54.
The brain behind acclaimed indie projects Humpday, Your Sister’s Sister, Outside In, and Sword of Trust , passed away on Friday due to a previously unidentified blood disorder.
Shelton’s partner, actor Marc Maron confirmed her death in a statement to IndieWire.
“I have some awful news. Lynn passed away last night. She collapsed yesterday morning after having been ill for a week…It was not COVID-19. The doctors could not save her. They tried. Hard, he said.
Maron, who worked with with Shelton on Netflix’s GLOW , said he was “in complete shock”.
I loved her very much as I know many of you did as well. It’s devastating. I am leveled, heartbroken and in complete shock and don’t really know how to move forward in this moment…She was a beautiful, kind, loving, charismatic artist. Her spirit was pure joy.
She made me happy. I made her happy. We were happy. I made her laugh all the time. We laughed a lot. We were starting a life together. I really can’t believe what is happening. This is a horrendous, sad loss, he said.
Shelton, a Seattle native started her career as an editor and later shifted to making short films. Her feature directorial debut was 2006’s We Go Way Back , but she emerged out in the indie scene with 2009 movie Humpday , which won Special Jury Prize for Spirit of Independence at that year’s Sundance Film Festival.
In her career, Shelton wrote and directed eight feature films, including Your Sister’s Sister and 2019’s Sword of Trust , starring Maron.
She reached a wider audience with her work on television, directing episodes of The Mindy Project, Mad Men, GLOW, and Fresh Off the Boat.
Recently, she directed four episodes of the Hulu series Little Fires Everywhere, starring Reese Witherspoon and Kerry Washington.
Soon after the news of Shelton’s demise broke out, several of her industry colleagues took to social media to pay tributes to the director.
We lost our dear friend Lynn Shelton. We made so many things together. I wish we had made more. Her boundless creative energy and infectious spirit were unrivaled. She made me better. We butted heads, made up, laughed, pushed each other. Like family. What a deep loss, Mark Dupplas, who worked with her on Humpday posted on Twitter.
Witherspoon said she was in complete shock .
I’m so devastated to hear about Lynn Shelton’s passing yesterday. I’m in complete shock that this vibrant, talented, and soulful filmmaker is no longer with us. Lynn was so passionate about our show, Little Fires Everywhere,” she wrote on Instagram.
Mindy Kaling, the star of The Mindy Project , said Shelton’s energy always kept everyone’s spirit high on the sets.
“Lynn Shelton loved actors and we loved her back. Her lovely, sunny energy was infectious and actors always drifted to video village between takes to be around her. She had such a quiet power and I will miss her, she tweeted.
Filmmaker Ava DuVernay wrote, Lynn Shelton changed my life when she handed me the Directing Award at Sundance in 2012. She announced my name with pride. Handed it to me with love. Rooted for me long after. I can’t believe I’m typing this. Rest In Peace, Beauty. Thank you for your films. And for your kindness.
Producer Jason Reitman said Shelton’s cinema beautifully captured human experiences.
Don’t know how to comprehend the sudden loss of my brilliant friend Lynn Shelton. Her direction was filled with delight. Her films tap-danced through the human experience. Cherishing her movies and mourning the ones we never got to see, he posted on Twitter.
Shelton is survived by her son Milo Seal, her husband of eight years Kevin Seal, her parents Wendy and Alan Roedell, and David Mac Shelton and Frauke Rynd.
She is also survived by her brothers David Shelton, Robert Rynd and sister Tanya Rynd. (PTI)