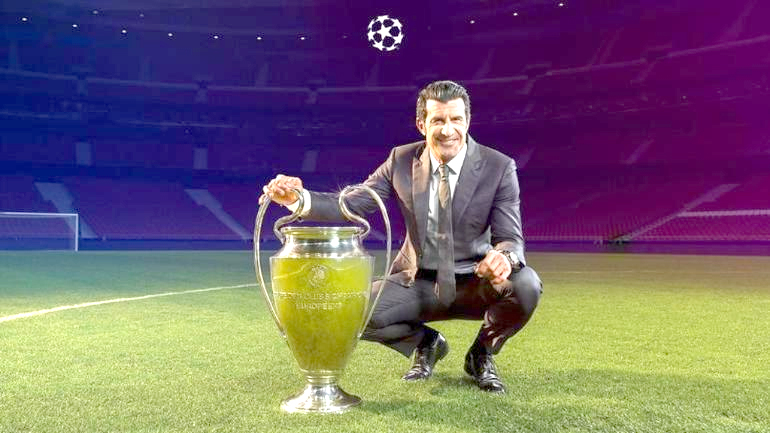 Mumbai, March 5: The coveted UEFA Champions League trophy will be on display at an exclusive fan event to be hosted by Portugal legend and tournament Ambassador Luis Figo here on Friday.
The event, which will take place at Tote on the Turf, is a part of a series of global fan initiatives. It will offer a premium UEFA Champions League experience to Indian fans who will journey through the most iconic moments of the world’s most prestigious club football tournament.
The evening will also feature an interactive “Best of the Best”, the winner of which will receive an unforgettable photo experience alongside the trophy and the Portuguese superstar, according to a release.
Fans will be challenged to match Figo’s answers through an interactive voting pad, and the fan with the fastest and most accurate response will be crowned the winner.
“It’s a great honour to be able to bring the symbol of the UEFA Champions League to Mumbai. Fans in India are so knowledgeable and passionate about football and I’m excited to meet some of them and test their knowledge of this incredible competition,” Figo said.
“Over 125 million fans globally follow the existing UEFA Champions League social media accounts and we want to be in a position to give football fans in India the opportunity to connect with this competition,” said UEFA’s director of marketing Guy-Laurent Epstein.
The event in Mumbai is the first in a series of global events that will take the iconic trophy on a journey to emerging markets, with events in Rio and Shanghai taking place later in the year. (PTI)