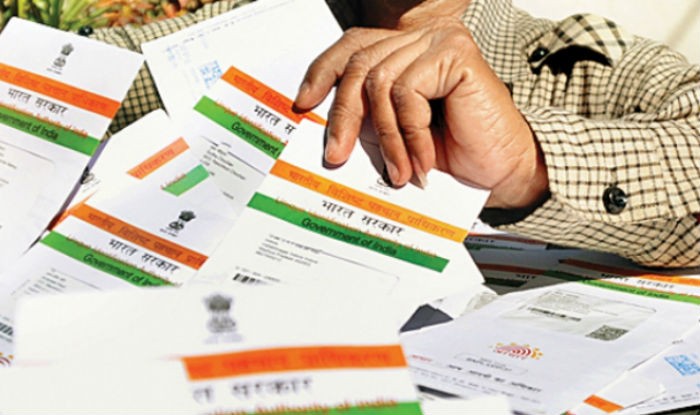 New Delhi, January 4: Lok Sabha Friday passed a bill to amend the Aadhaar Act and two related laws which will allow individuals to offer voluntarily biometric ID as a means of identity verification for obtaining services such as opening bank account and procuring mobile phone connection.
The Aadhaar and Other Laws (Amendment) Bill proposes changes in the Aadhaar Act, Indian Telegraph Act and the Prevention of Money Laundering Act to comply with a Supreme Court judgement pronounced on September 26 last year, in which it upheld the constitutional validity of unique identification project with certain restrictions and changes.
The compulsory use of Aadhaar-based KYC for mobile connections and bank accounts was prohibited by the apex court.
Speaking on the bill, Union Electronics and IT Minister Ravi Shankar Prasad said, “Aadhaar being a digital identity has removed the role of a middleman in a substantial measure whose basic role was cutting, fitting and setting.”
In an emotive speech in the lower house of Parliament, Prasad displayed his Aadhaar card and said, “It doesn’t tell about my caste, religion and medical condition. It is safe and secured and is for India and Indians.”
“What does my Aadhaar number have? It has my name, my Patna address, and my father’s name. We are so open minded that we are following everything court said. The Supreme Court held Section 57 unconstitutional, we did the same,” Prasad said.
The bill also gives a minor the option to opt out of the 12-digit identity scheme on attaining the age of 18 years.
It also provides for stiff penalties for violation of norms set for the use of Aadhaar.
“Out of 130 crore people in the country as many as 123 crore people have reposed faith in Aadhaar. Prime Minister Narendra Modi strengthened it with Aadhaar Act. We have issued a circular that nobody should be denied benefits for the want of Aadhaar. We have also said that nobody will be denied medical services for the want of Aadhaar,” Prasad said.
He further said that through Aadhaar, technology is being used to transform India, poor are feeling empowered and Rs 90,000 crore has been saved.
Prasad also informed the house if people don’t want to show their Aadhaar number, so, “we gave them a provision of 12 digit number which masks there Aadhaar number”.
The Aadhaar and Other Laws (Amendment) Bill 2018, moved by Prasad in the Lok Sabha on Wednesday, bans storing of core biometric information as well as Aadhaar number by service providers in cases of individuals who have voluntarily offered the national ID as a means of authentication.
It also makes it clear that anyone not offering Aadhaar cannot be denied any service, be it a bank account or a SIM card.
The bill seeks to amend the Aadhaar (Targeted Delivery of Financial and Other Subsidies, Benefits and Services) Act, 2016, the Indian Telegraph Act, 1885 and the Prevention of Money-laundering Act, 2002.
The legislation proposes telecom service providers, apart from using Aadhaar for authentication, can also leverage off-line verification, use of passport, or any other officially valid document or modes of identification as notified by the central Government. (PTI)