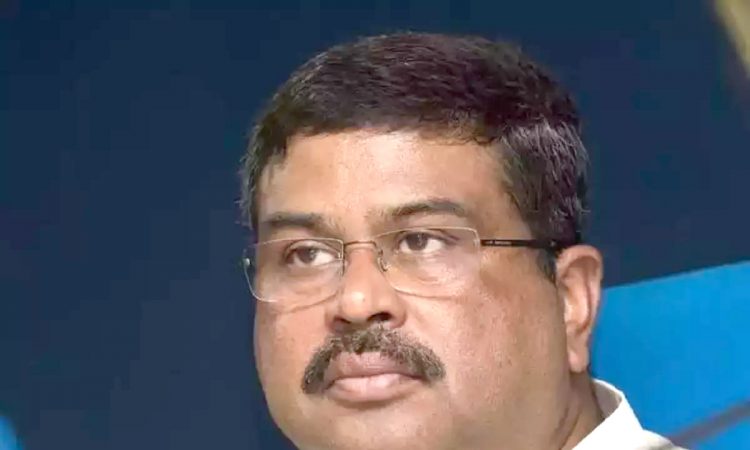 New Delhi, March 8: Price of domestic cooking gas, LPG has doubled to Rs 819 per cylinder in the last seven years while the increase in taxes on petrol and diesel has swelled collections by over 459%, Oil Minister Dharmendra Pradhan said on Monday.

In written replies to a spate of questions on rising fuel prices in the Lok Sabha, Pradhan said the retail selling price of domestic gas was Rs 410.5 per 14.2-kg cylinder on March 1, 2014. This month, the same cylinder costs Rs 819.
Small price hikes over the past couple of years have eliminated subsidy on cooking gas as well as PDS kerosene.
Pradhan said the price of domestic subsidised LPG has been raised during the last few months. It cost Rs 594 per cylinder in December 2020 and now is priced at Rs 819.
Similarly, kerosene sold to the poor through the public distribution system (PDS) has risen from Rs 14.96 per litre in March 2014 to Rs 35.35 this month, he said.
Petrol and diesel prices too are at an all-time high across the country.
The rates, which vary from state to state depending on local sales tax (VAT), are currently at Rs 91.17 a litre for petrol and Rs 81.47 for diesel in Delhi.
“Prices of petrol and diesel have been made market determined by the government with effect from June 26, 2010 and October 19, 2014 respectively,” Pradhan said. “Since then, the public sector oil marketing companies (OMCs) take appropriate decision on pricing of petrol and diesel in line with their international product prices, exchange rate, tax structure, inland freight and other cost elements.”
With taxes accounting for the bulk of the retail selling price of petrol and diesel, the minister said tax collected on the two fuels was Rs 52,537 crore in 2013, which rose to Rs 2.13 lakh crore in 2019-20 and swelled further to Rs 2.94 lakh crore in the first 11 months of current fiscal year.
The government currently levies Rs 32.90 per litre excise duty on petrol and Rs 31.80 a litre on diesel, he said adding that excise duty on petrol was Rs 17.98 a litre in 2018 and Rs 13.83 on diesel.
Pradhan said the central government’s total excise collection from petrol, diesel, ATF, natural gas and crude oil has increased from Rs 2.37 lakh crore in 2016-17 to Rs 3.01 lakh crore during April-January 2020-21.
Between November 2014 and January 2016, the government had raised excise duty on petrol and diesel on nine occasions to take away gains arising from plummeting global oil prices.
In all, the duty on petrol rate was hiked by Rs 11.77 per litre and that on diesel by 13.47 a litre in those 15 months.