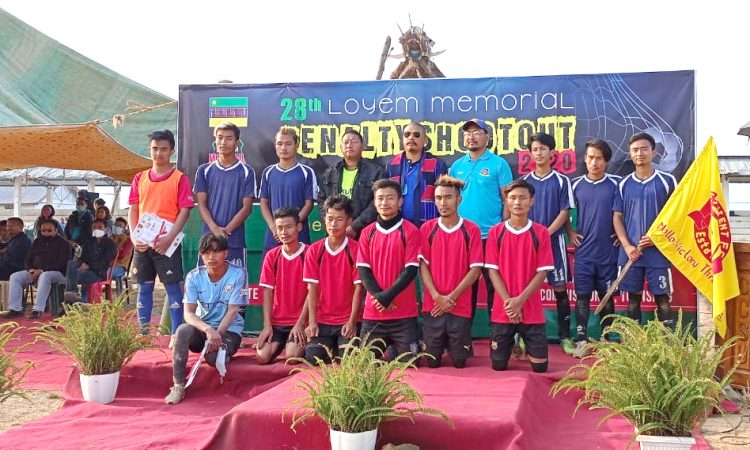 Tuensang, November 20: The second and final day of the Loyem Memorial Trophy organized by the Confederation of Chang Students’ Union (CCSU) was held at Loyem Memorial Ground, Tuensang with Y. Changsang, President BJP, Tuensang District as the Chief Guest.
During the event, Changsang stressed on the importance of “setting targets to bring glory to the District in the field of sports. Education is not all, activities like this one is essential to bring out talents. A positive change must emerge from this Loyem Memorial Trophy”, he added.
The semi final matches were played between Resilient ‘B’ FC and Foothill United, scoring 3 goals and Lockdown FC versus Shark Tooth Shooter, scoring 1 and 4 respectively.
The final matches were played between Resilient B and Shark Tooth Shooter where the former won by scoring 3 against 1.
The Best Keeper trophy was awarded to Sangli from Resilient B. The winner and the Runner Up of the trophy walked away with a cash prize of Rs. 50,000 and Rs. 20,000 respectively. (Page News Service)