Dimapur, August 11: The Lotha Hoho (LH) has opposed move to change the Centre’s Interlocutor to the Naga talks, RN Ravi, saying Nagas will not get another interlocutor better than Ravi.
“The Lotha Hoho is constrained to voice out its opposition to the campaign, by some groups, for changing the Interlocutor of the Naga Political Negotiations, Shri R.N Ravi. The LH fully support the stand of the Nagaland GB Federation and Zeliangrong Baudi (AMN), who have also raised their resentment to the campaign to change the interlocutor,” said LH in a statement issued by its chairman Mhondamo Ovung and general secretary S Aben Ngullie.
The LH reasoned that after putting in so much effort, time, thought, etc, by all stakeholders, why change the interlocutor and go back to zero; to start everything afresh?
“Is it not an attempt to derail the near-solution negotiation process? If we change the interlocutor it will be an attempt to undo all the 23 years of input into the negotiation on Naga political settlement and thus derail the process of settlement! After 23 years of negotiation most stakeholders are in the podium and the process of negotiations has formally completed on the 31st October 2019. So as we are informed and so as we know, most competencies are finalised and the loose ends only are to be trimmed; and hence the long awaited Naga settlement is at the door.”
Stating that Nagas have shed much blood and have endured many storms and are now unwilling to go any further; although we are willing to pursue democratically; whatever unresolved issues remain to be settled, the LH said, “So why talk of changing the cart after the sight of the destination has come to view? We need to understand that whether Ravi or any other interlocutor are all human being; and cannot satisfy everyone’s aspiration. But as per the LH observations the Nagas will not get another interlocutor better than Ravi. After many years of involvement in the parleys Mr. Ravi has digested the Naga political background, the long journey of the Naga struggle, the turmoils faced in that journey, he understands the human aspects and all about the Naga aspirations. So why not call “a spade; a spade” and hence why change the interlocutor and thereby derail and banish the much awaited Naga settlement!”
Stating that the Naga political movement has taken roots in the Lotha soil and the Lotha people have sacrificed many lives and have suffered much like any Naga, the Lotha Hoho said it fully support the Naga national movement and settlement. “Hence let us firmly commit ourselves to the cause of the Nagas and work for early solution rather than derailing it,” it appealed.
The Lotha Hoho further prayed that the Naga people, all negotiating groups and the interlocutor be blessed with divine wisdom for an honourable Naga solution.
“We wish that our negotiators be blessed with good health and that they exercise their God-given wisdom so that they are able to bring home a solution that is honourable and acceptable to the Nagas; and to achieve this target we should not talk of changing the interlocutor,” it added. (Page News Service) 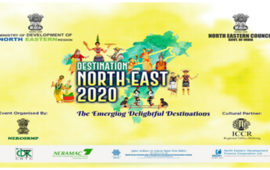 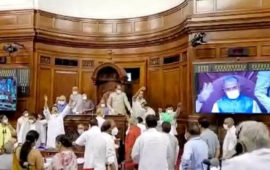 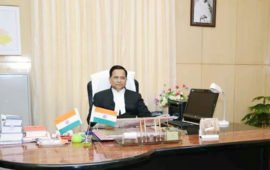 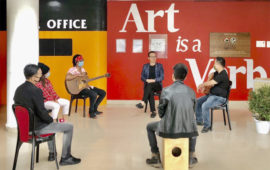 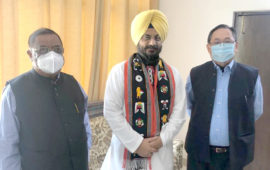