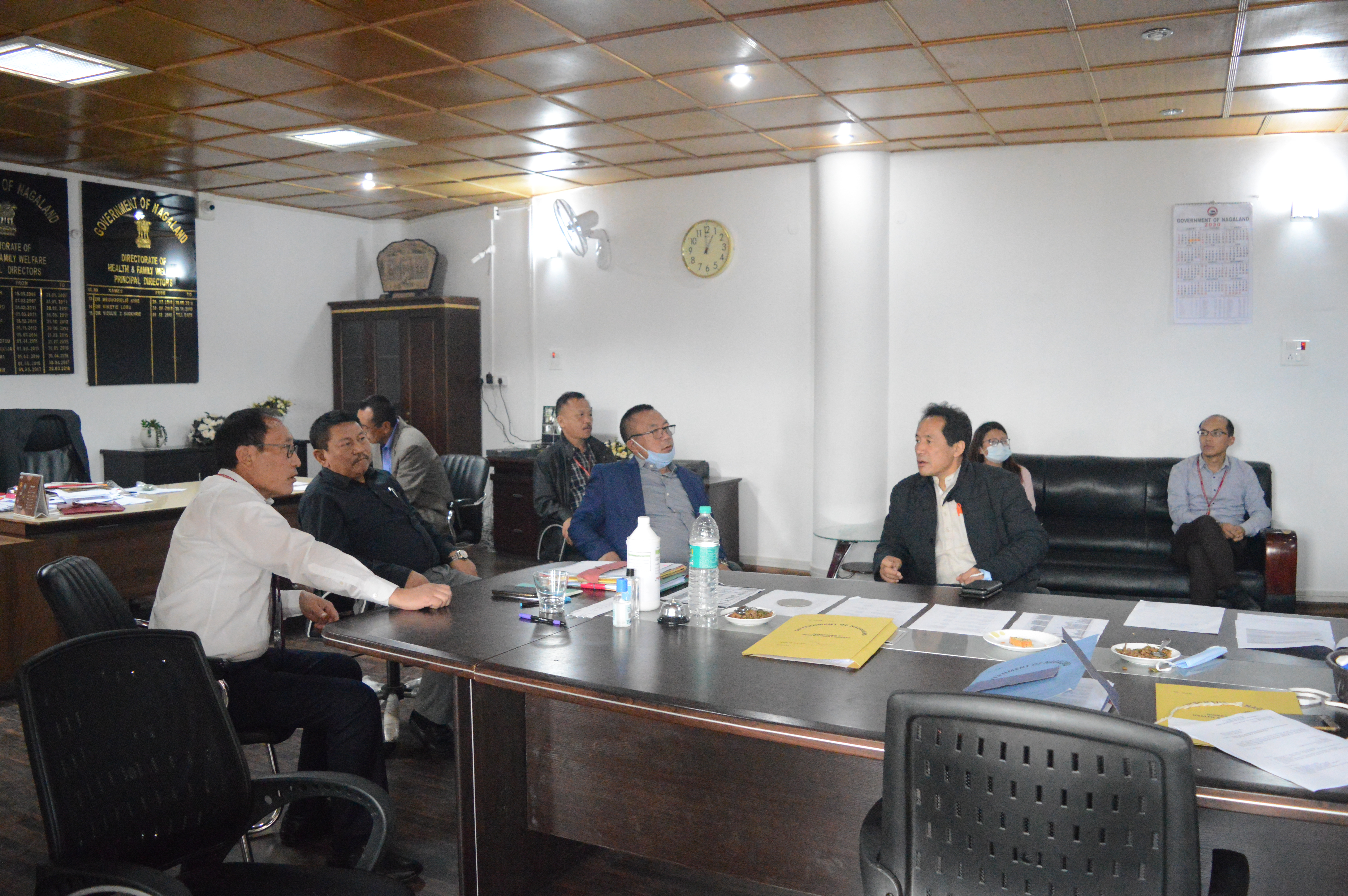 Dimapur, March 31: Minister of Health & Family Welfare, S Pangnyu Phom visited Directorate of Health & Family Welfare and had a briefing with Directorate officers led by Principal Secretary, Menukhol John and Principal Director, Dr. Vizolie Z Soukhrie. He was accompanied by Advisor IPR, SCERT & Village Guard, Toshi Wangtung.
During the meeting it was decided that Longleng District Hospital will also be identified as Covid-19 Hospital and all the general patients will be transferred to Yachem CHC with immediate effect.
It has also been clarified that PPE Equipments will be distributed to the clinical critical need based/frontline workers.
Later, Medical Minister also visited the COVID-19 Hospital in Chedema and NHAK, Kohima to take stock of the preparedness.
Interacting with the health personnel at the Hospital, Pangnyu encouraged them to work relentlessly during tiring times. He specially appealed to all the staff of Medical department at the state and district level not to be discourage but work efficiently in this time of pandemic. He reiterated that is not an easy task but to work diligently.
Chakabama Army camp also volunteered to make temporary fence around the Chedema COVID-19 Hospital after which only one ambulance will be allowed to enter the hospital and visitors will be limited. (Page News Service)