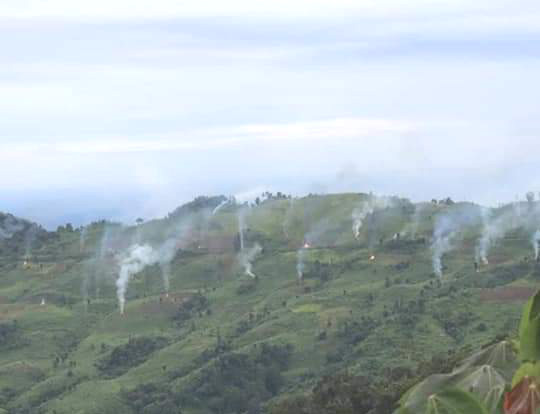 KOHIMA, AUGUST 18: A long-pending issue of unresolved border dispute reportedly resulted in a group of people from Yanyin Range (conglomeration of several villages) in Mon district destroying the plantation site, crops, fields and huts belonging to people of Yannyu Village in the wee hours of August 18.

On Wednesday evening, Deputy Commissioner (DC) of Mon, Thavaseelan K informed that the situation was under control with additional IRB personnel deployed to the area that is currently under dispute.
The incident relates to a long-pending issue of several unresolved border disputes between the two sides and there was a similar incident last year also, he said.
After last year’s incident, Mon district administration had enforced CrPC Section 144 in the area and sent police personnel.
“We have been trying to ensure that both sides maintain status quo but that has not happened. Apparently, some people have broken it”, said the DC.
He also said that around 20 police personnel were stationed at the outpost when the incident happened but there were hundreds of people and the police personnel were overpowered.

However, no physical injuries were inflicted on anybody apart from damage of properties, he added.
While the situation is under control, the administration is yet to complete a full estimation of the damage caused ~ only after which the administration will plan further course of action, he said.
(Page News Service)