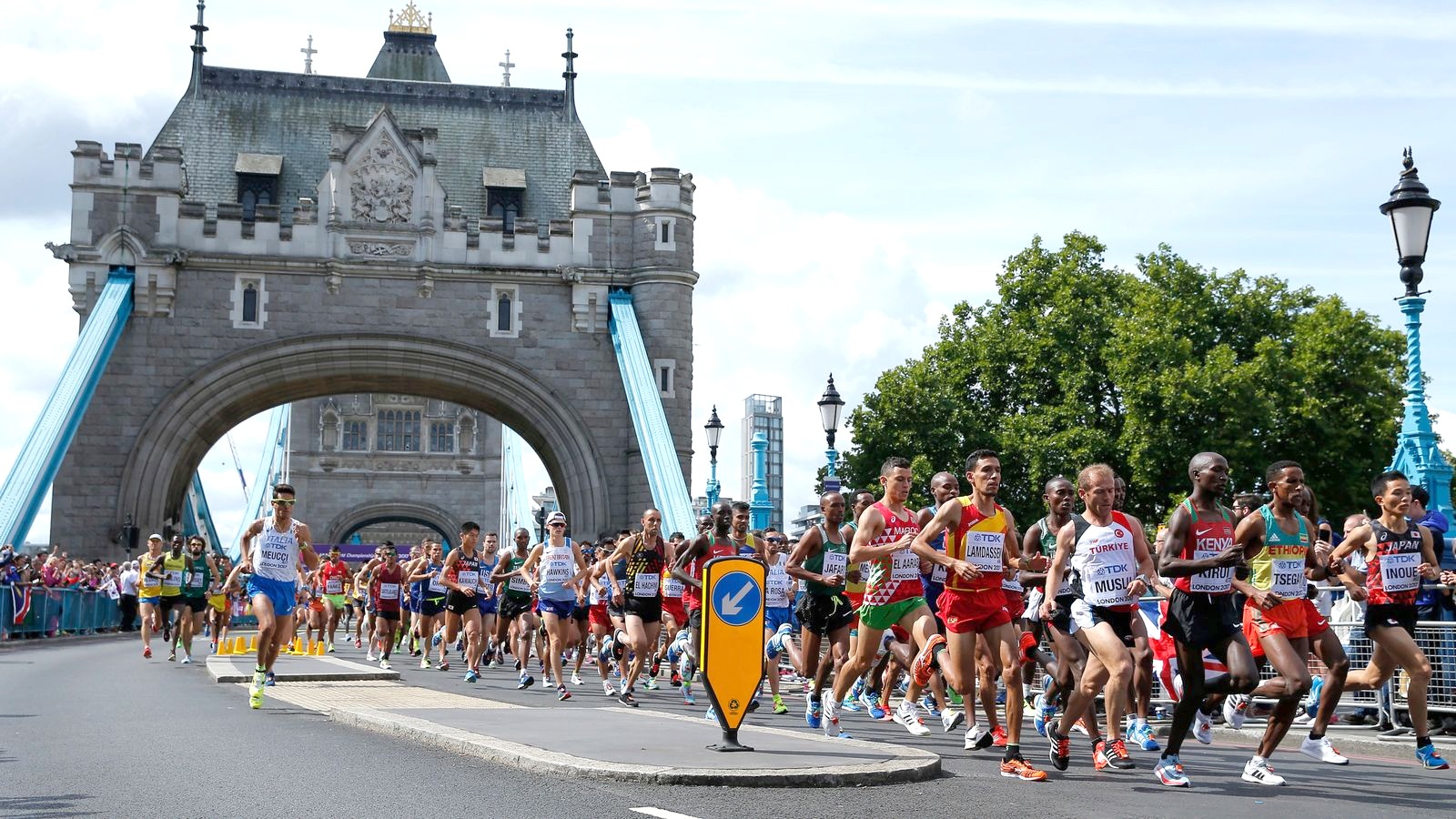 London, August 7: The pandemic-delayed London Marathon will be staged on October 4 using a different route than usual and with only elite runners participating.
Rather than starting in Greenwich in east London, there will be a looped 26.2-mile (42.2-kilometer) course featuring 19.8 laps around St James’s Park within a biosecure bubble with spectators excluded. It will finish in the traditional place in front of Buckingham Palace.
Times will be eligible for qualification for the Tokyo Olympics and Paralympics, which had to be rescheduled until 2021 due to the coronavirus pandemic.
Olympic marathon champion Eliud Kipchoge and Kenenisa Bekele are expected to feature in the men’s race. The women’s field is headlined by world record holder Brigid Kosgei. Manuela Sch r and David Weir will feature in the wheelchair event.
The London Marathon usually takes place in April, but organizers have already pushed back the 2021 event until Oct. 3 to maximize the possibility of a mass race returning after being deemed not possible this year.
“The biggest challenges were not those involving participants,” London Marathon event director Hugh Brasher said.
“But the multiple issues of managing spectators, ensuring the emergency services had access across London with the recent changes to the roadscape, the increased likelihood of a second spike that has led to the recent cancellation of spectator trials at major events and the ongoing concern about the pressure even a reduced size mass participation marathon might put on the NHS (National Health Service).
“Despite all our efforts, the fantastic support from all of our partners and the progress that has been made on planning for the return of smaller mass participation events that are not on the roads, it has not been possible to go ahead with a mass socially distanced walk or run. (AP)