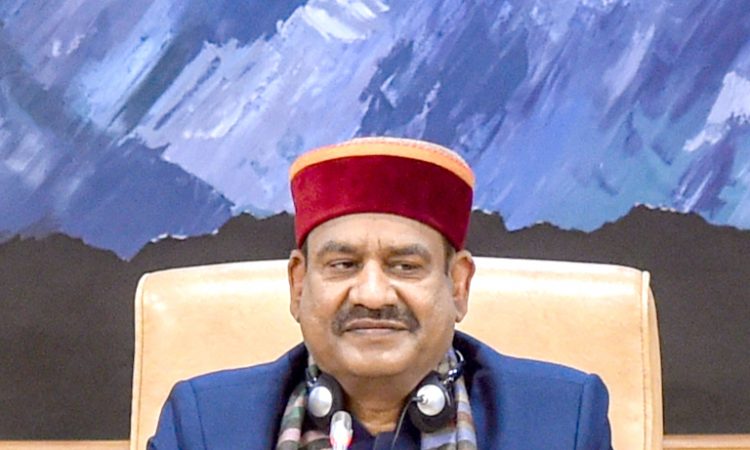 Shillong, February 24: Lok Sabha Speaker Om Birla will address members of the Meghalaya Assembly as part of his two-day visit to the state beginning Thursday, according to a statement issued by the Lower House of Parliament.

The first day of his visit will comprise an inspection of the Guard of Honour on the Assembly premises, followed by a tour of the construction site of the new Meghalaya Assembly building here which is expected to be completed by 2022.
During this visit, the Lok Sabha speaker will also inaugurate the ‘Outreach and Familiarisation Programme for the Local Bodies of the State of Meghalaya and the other North Eastern States’.
The outreach programme is part of an initiative undertaken by Birla for the country’s panchayati raj institutions to “enhance participatory democracy through greater awareness of the procedures and processes followed by democratic institutions functioning at various levels from the grassroots to the apex level”.
The first such outreach programme was organised in Dehradun earlier this year on January 8.
“It was physically attended 445 panchayat representatives, including 13 zila panchayat chairmen and 12 deputy chairmen, 125 zila panchayat members along with 85 block panchayat pramukh and 210 gram pradhans of Uttarakhand.
“In addition, approximately 40,000 panchayat representatives and officials were also connected to the programme ‘online via weblink’,” the statement noted.
The second leg of the programme that Birla will unveil here will focus on the grassroots level institutions of Meghalaya as well as other north-eastern states.
According to the Lok Sabha statement, the programme is aimed at creating mass awareness and participation, making ground-level leaders more confident, and inculcating a sense of ownership of assets.
The objectives also include “fuelling the ambitions for grass root political leaders for democratic values, creating awareness about different schemes, and generating opportunities to develop a network to push the aspirational level of the ground level leadership”.
The event will be attended by Chief Minister Conrad K Sangma, Meghalaya Legislative Assembly Speaker Metbah Lyngdoh, several Members of Parliament and other dignitaries.
It is also expected to see participation by nearly 90 members of the autonomous district councils of Meghalaya and 80 representatives from the local self-government bodies of other north-eastern states, who will be physically attending the programme, while the remaining representatives will join online, the Lok Sabha statement said. (PTI)