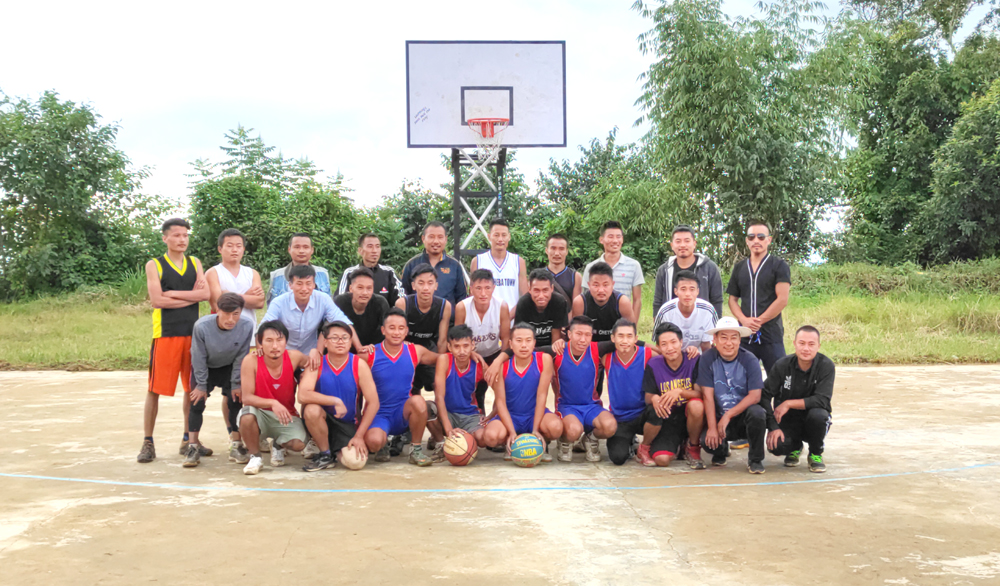 Kohima, September 16: In one of its first kind in Nagaland, Chetheba youths came together to build an iron basketball board dubbed as the ‘lockdown project’, the Nagaland first iron basketball board. The customized board was inaugurated at Chetheba town on September 15, an initiative taken by the Chetheba Ballers.
At a brief inauguration ceremony on Tuesday, elderly blessing was pronounced by Rethingoyi Rhakho and declaration of the board and tournament open by Chetheba Town Baptist Church youth director Vechutso Nyekha. In his short address, he made an appeal to the youth to work together for the welfare of the society. While lauding the initiative taken by the Chetheba Ballers, he asked the youths to carry such work in bringing development of the town.
Construction team member Zavekho Resu said the lockdown project started in the month of July by basketball enthusiast including students and youths from Chetheba.
With no budget, the lockdown project was initiated through crowd funding. The project began after making a video with public appeals to contribute for a cause on social media where many individuals from different community came forward. The total budget cost of the iron board was around Rs 42,000 for process of fabrication, wielding and structure of the board headed by Er. Dezo Rhakho.
Marking the occasion of the new basketball board, a tournament was played where 11 teams participated including three women teams.
Team Huskers was crowned the champions after defeating Team Airballers in the final match.
While Lady Ballers beat Old Defensive Team in the final match in the women’s category.
(Page News Service)