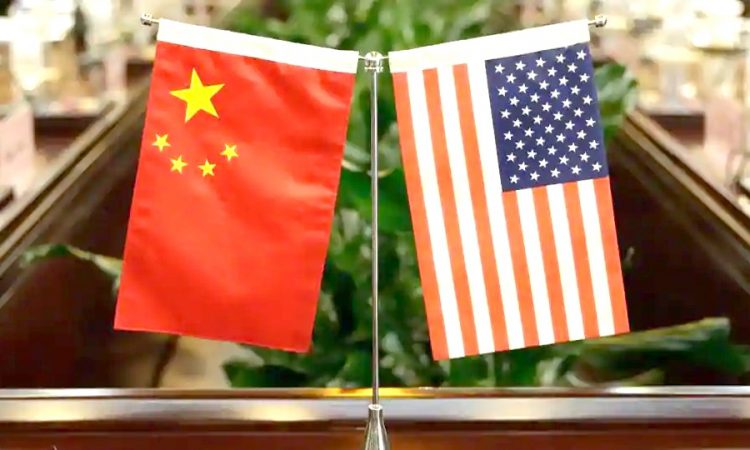 Beijing, July 22: The US ordered China to shut its consulate general in Houston city, Beijing said on Wednesday, adding that it was an “unprecedented escalation” in Washington’s recent actions against China and warned of “legitimate and necessary” response against the decision. This dramatic development is sure to further sour the rapidly deteriorating bilateral ties with the two countries already at loggerheads over South China Sea disputes, the Hong Kong security bill, US arms sales to Taiwan, the condition of minorities in Xinjiang, and the origin of the coronavirus besides an ongoing trade war.
Earlier on Wednesday, Hu Xijin, the editor of the Communist Party’s Global Times newspaper said Washington had given 72 hours to Beijing – that is by July 24 – to close down the Houston consulate.
Hu’s tweet came hours after Houston police and firefighters descended on the consulate following witness reports that papers were being burned outside in open containers, the Houston Chronicle and two local TV stations reported, citing local police.
In Beijing, the Chinese foreign ministry lashed out at the Donald Trump administration for passing the order.
“It is a political provocation unilaterally launched by the US side, which seriously violates international law, basic norms governing international relations and the bilateral consular agreement between China and the US.”
Speaking at the regular ministry briefing, Wang said, “China strongly condemns such an outrageous and unjustified move which will sabotage China-US relations. We urge the US to immediately withdraw its erroneous decision, otherwise, China will make legitimate and necessary reactions”.
“The unilateral closure of China’s consulate general in Houston within a short period of time is an unprecedented escalation of its recent actions against China,” Wang said and listed allegations of Washington harassing its diplomats and students in the US.
“For some time, the US government has been shifting the blame to China with stigmatisation and unwarranted attacks against China’s social system, harassing Chinese diplomatic and consular staff in the US, intimidating and interrogating Chinese students and confiscating their personal electrical devices, even detaining them without cause,” Wang said.
The spokesperson said China had shown goodwill to US diplomats in China and had promoted Sino-US ties through its envoys in the US.
“On the contrary, the US put restrictions on Chinese diplomats in June and last October respectively with no valid reason. [The US] has seized and opened mail and official supplies,” Wang said.
Due to the deliberate smearing and hatred-inciting moves from the US, Chinese delegations in the US have recently received bomb threats and death threats. Responding to a separate question at the press conference, spokesperson Wang asked the US to immediately stop making accusations against it about cybercrimes, in response to Washington’s indictment of two Chinese nationals for hacking Covid-19 vaccine-related data and defence secrets.
Wang said “…the consulate was operating normally” but sidestepped questions about US media reports in Houston on Tuesday night that documents were being burned in a courtyard at the consulate.
Earlier on Wednesday, US media reported that Houston police and fire officials responded to reports that documents were being burned in the courtyard of the Consulate General of China in Houston on Tuesday night, citing the Houston Police Department (PD).
Houston PD said they began receiving reports just after 8 pm that documents were being burned at 3417 Montrose Boulevard where the consulate is located, click2houston.com reported.
The Chinese Consulate in Houston was opened in 1979 – the first in the year the US and China established diplomatic relations.
The consulate website says the office covers eight southern US states – including Texas and Florida – and has nearly one million people in the area registered at the consulate.
There are five Chinese consulates in the US while the embassy is in Washington.
The US has its embassy in Beijing and consulates in Chengdu, Shanghai, Shenyang, Guangzhou, Wuhan and Hong Kong. (HT)